KANSAS CITY, Mo. -- It's being called an act of needless cruelty. 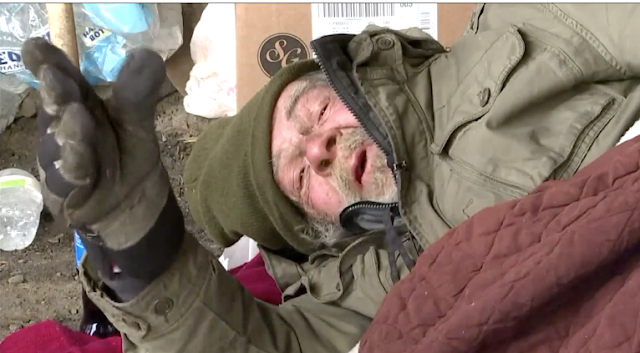 A homeless man said Kansas City firefighters doused him with water from their hoses, and he said it happened on one of the coldest nights of the winter. Kansas City officials confirm an investigation into the matter is underway.
The underpass at 20th and Oak streets is cold, but it's home to several people who have nowhere else to go.
One of them, 72-year-old Phil Bucalo, said workers from Kansas City Fire Department came to put out his campfire early Tuesday morning. When they did, he said they intentionally flooded him and his belongings on the cold night.
Bucalo, a native of New York City, said it was only a small fire, and since he now lives on the streets of KC, it was his means of keeping warm.
"I said, 'Look, if this little fire here presents a problem, I'd be more than happy to put it out,'" Bucalo said.
But Bucalo, who said he once served in the U.S. Army, said the firefighter with the hose in his hand didn't care, and water from that hose doused the fire, as well as Bucalo and all of his belongings, in weather that went below 20 degrees.
read more here

Posted by Kathie Costos at 3:27 PM