It's running silent and angry and deep

When service turns into suffering

Why do people decide that they are willing to take jobs that could cost them their lives? Did they just wake up one morning and think, "I'd die for that chance?" 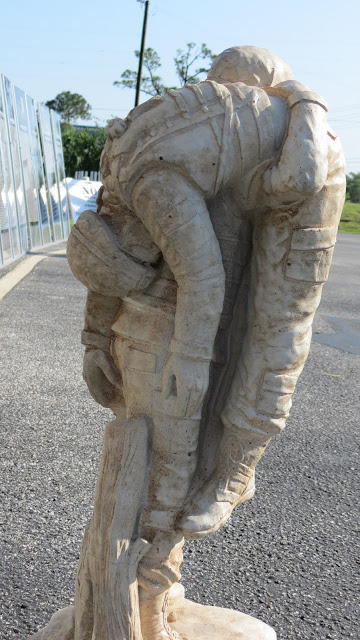 Whenever it happened, whenever they went to begin training for the jobs dedicated to saving lives, or defending a nation, that is exactly what they decided was worth it.

Now, all of us can understand when what they try to save us from, changes everything for us. So why can't we understand what all the times they do it, does to them?

How oblivious are we? How self-centered are we when we ignore what those jobs are doing to them? We get PTSD from one traumatic event. They get PTSD from far too many of them. Then they have this twisted thought that they were supposed to be better, stronger, and beyond reach of the residual demon of destruction.

More to the point is, how oblivious are the leaders of the men and women suffering, that they do not see their jobs cause more deaths than doing the job itself?

More in the military die as a result of suicide than die doing their jobs.

More die in the National Guard and Reserves to suicide than die doing their jobs.

More Firefighters die to suicide than die doing their jobs.

According to the CDC, suicides in America have continued to increase. While some want to suggest that since it has happened to everyone else, then, it is just the way things are. As pathetic as that thought is, what they do not acknowledge is fueling the loss of lives.

These men and women decided that saving lives was worth dying for...but their own life was not worth fighting for anymore.

Why? Who gave them that impression? Who allowed the thought to penetrate their brains that they were supposed to just suffer silently instead of turning to all the others they served with to help save their own lives?

Would they do whatever they could to save one of their own?

The pain is running silent, angry and deep. It is time to look in their eyes and tell them that it is time to #BreakTheSilence and #TakeBackYourLife because this time, the life needing saving is yours!

It's running silent and angry and deep

Posted by Kathie Costos at 8:15 AM