The U.S. military finished 2018 with a troubling, sad statistic -- it experienced the highest number of suicides among active-duty personnel in at least six years.
Without the Army reporting the number of soldiers who died by suicide in the last quarter of 2018, a total of 286 active-duty members took their lives during the year, including 57 Marines, 68 sailors, 58 airmen and, through Oct. 1, 103 Army soldiers.

The deaths equal the total number of active-duty personnel who died by suicide in 2017. With the Army's fourth-quarter data, could reach the record 321 suicides recorded in 2012.

update from CNN Sixty-eight active duty Navy personnel died by suicide in 2018 with 57 cases among the Marine Corps, according to data obtained by CNN. Another 18 Marines in the Reserve forces either are confirmed to have committed suicide or their deaths are being investigated as suspected suicides.

What makes all of this worse for us is, we know there is absolutely no need of all this suffering when they could be healing and still serving.

This is totally unacceptable because all of these suicides were preventable!


Suicide rate among active-duty Marines at a 10-year high


"While there is no dishonor in coming up short, or needing help, there is no honor in quitting. For those who are struggling ... our Marine Corps, our families, and our Nation need you; we can't afford to lose you." General Robert Neller


(CNN)The number of confirmed and suspected suicides in the active-duty Marine Corps reached a 10-year high in 2018 with 57 cases, according to new Marine Corps data obtained by CNN. 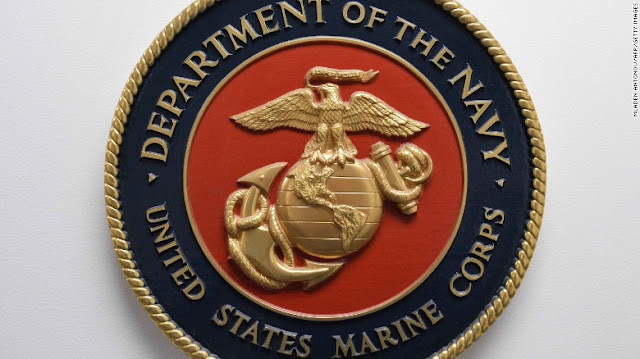 Another 18 Marines in the Reserve forces either are confirmed to have committed suicide or their deaths are being investigated as suspected suicides.

Marine Corps sources say the service is concerned that 2018 may have seen 75 suicides even with the extensive mental health programs available. Many of the cases are young Marines who have not deployed overseas and have not been in combat -- a situation that has been seen in other branches of the military as well.

Yet again, one more reminder that when the DOD bought all the FUBAR "resilience" BS, they failed to notice that if it did not work for those who did not deploy, THEN IT WOULD NOT WORK FOR THOSE WHO WERE DEPLOYED MULTIPLE TIMES!!!

Here are a couple of videos from a Marine veteran with PTSD. Listen to him and know that you can #TakeBackYourLife and live stronger!

Kathie Costos DiCesare
Published on Dec 31, 2016
This is Jonnie. He has survived three attempted suicides and spent time as a homeless veteran. A year ago, he never thought he would be where he is today. He is healing and he wants to make sure other veterans get the message of something worth living for instead of the message spread about suicides. Spend next year healing and let this New Year be the year you begin to change again, only this time, for the better!

Kathie Costos DiCesare
Published on Mar 11, 2018
Sunday morning empowerment zone features Marine veteran filmed yesterday at the Orlando Nam Knights bikeweek party. His simple message is empowerment! Take control of your life from this moment on. It's up to you where you go from here!

Kathie Costos DiCesare
Published on Apr 14, 2018
My buddy Jonnie has been fighting to take his life back from PTSD. He is doing everything possible to make his life better. Working on his mind, his spirit and his body! He is at the American Combat Club in Downtown Orlando.


Kathie Costos DiCesare
Published on Jul 22, 2018
PTSD Patrol Sunday Morning Empowerment Zone Jonnie shares his message of getting in control over the road you choose to be on. You can sit back and feel miserable as a victim or you can choose the road to heal as a survivor.

Cross posted on PTSD Patrol
Posted by Kathie Costos at 8:15 AM