Those who serve...paying beyond what is acceptable

WASHINGTON — The Supreme Court is rejecting appeals from military veterans who claim they suffer health problems because of open burn pits in Iraq and Afghanistan.

The justices on Monday left in place a federal appeals court ruling that more than 60 lawsuits over the burn pits could not go forward.

Commandant tells Coast Guard families: ‘You have not, and will not, be forgotten’

Coast Guard Commandant Admiral Karl Schultz drew attention to ongoing missions around the globe and expressed his support for Coast Guard families as the service prepared for about 41,000 members to go without paychecks on Tuesday as part of the ongoing partial government shutdown. 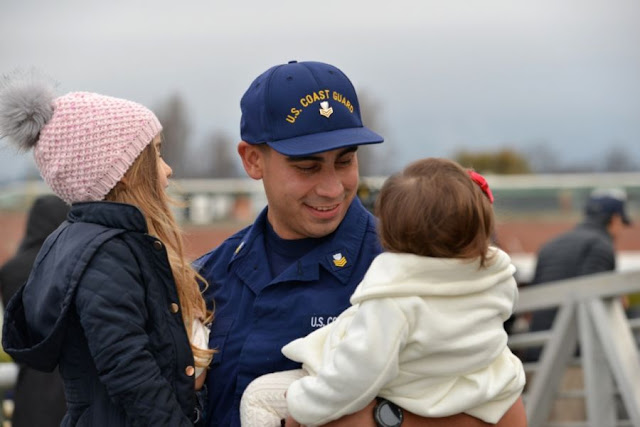 
"While our Coast Guard workforce is deployed, there are loved ones at home reviewing family finances, researching how to get support, and weighing childcare options—they are holding down the fort," Schultz wrote on Sunday. "Please know that we are doing everything we can to support and advocate for you while your loved one stands the watch. You have not, and will not, be forgotten."
read more here

And then there is the latest news that the Congress is once again thinking about the term permanent and totally disabled should be followed up with "just kidding." They managed to cut the taxes on their wealthy friends, but now they want to cut the budgets of the disabled veterans who cannot afford to lose their compensation. Gee, wonder how much the heads of all the corporations get for their compensation after that sweetheart deal?

In other words folks...mostly cutting Vietnam veterans off at the knees!

In 2017, 4.5 million veterans with medical conditions or injuries that were incurred or that worsened during active-duty service received disability compensation from the Department of Veterans Affairs (VA). The amount of compensation such veterans receive depends on the severity of their disabilities (which are rated between zero and 100 percent in increments of 10), the number of their dependents, and other factors—but not on their income or civilian employment history.
In addition, VA may increase certain veterans' disability compensation to the 100 percent level, even though VA has not rated their service-connected disabilities at that level. To receive the supplement, termed an Individual Unemployability (IU) payment, disabled veterans must apply for the benefit and meet two criteria. First, veterans generally must be rated between 60 percent and 90 percent disabled. Second, VA must determine that veterans' disabilities prevent them from maintaining substantially gainful employment—for instance, if their employment earnings would keep them below the poverty threshold for one person. In 2017, for veterans who received the supplement, it boosted their monthly VA disability payment by an average of about $1,200. In September 2017, about 380,000 veterans received IU payments. Of those veterans, the Congressional Budget Office estimates, about 180,000 were age 67 or older. That age group has been the largest driver of growth in the program.
VA's regulations require that IU benefits be based on a veteran's inability to maintain substantially gainful employment because of the severity of a service-connected disability and not because of age, voluntary withdrawal from work, or other factors. About 48 percent of veterans receiving the IU supplement were 67 or older in September 2017, up from about 40 percent in September 2010. That rise is attributed largely to the aging of Vietnam War veterans.
But the tax cuts for the wealthy they managed to make permanent!

Posted by Kathie Costos at 7:24 PM