When will the VA explain death of Dale Farhner ?

The Kansas City Police Department is investigating the death of a veteran who had a fatal brain hemorrhage after a confrontation with Veterans Affairs Police last year.

Department spokesman Jacob Becchina said the case of Dale Farhner has been assigned to Sgt. Richard Sharp, a longtime homicide detective. “The results of our investigation will ultimately be compiled and forwarded on to the prosecutor’s office for their decision as to what if any applicable charges may apply,” Becchina said.

“There is little info that can be released at this point, as it is now an open death investigation on our end.” The VA has said the incident has already been investigated by federal law enforcement, and its officers have been cleared of wrongdoing. read it here

How did a veteran end up dead after a fight with police at Kansas City’s VA hospital?


A man named Dale Farhner died in May after a confrontation with Kansas City VA Medical Center police. The VA has declined to provide any information about his death. 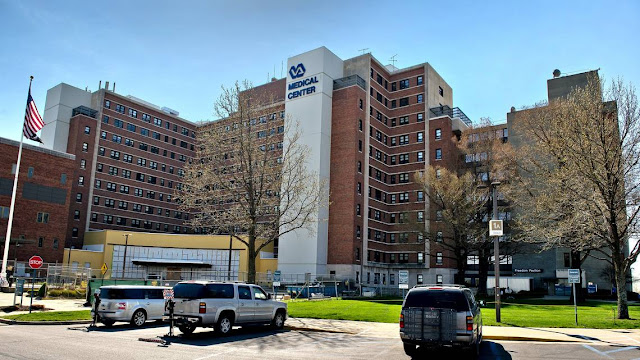 The U.S. Department of Veterans Affairs and Kansas City’s VA Medical Center must fully disclose the facts surrounding the arrest and subsequent death of a veteran on their campus last May.
To date, unfortunately, the VA has stonewalled legitimate efforts to help the public understand what happened last spring.

A veteran, 66-year old Dale Farhner, was detained by VA police after he apparently drove the wrong way down a driveway.
Farhner allegedly struggled with the officer and was injured or became ill. Later, the veteran was transferred to the University of Kansas Hospital, where he died.
read more here
Posted by Kathie Costos at 7:44 AM