Deaths of two soldiers under investigation

Two S. Korea-based soldiers found dead — one in barracks and another while on leave in Nebraska

SEOUL, South Korea — The Army was investigating the deaths of two South Korea-based soldiers, including one found unresponsive in his barracks and the other while on leave in Nebraska. Both joined the service less than a year ago. 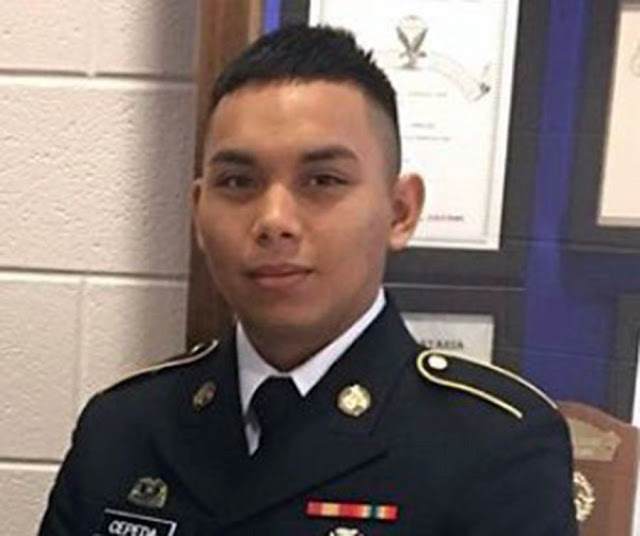 Claytun Cepeda, 19, was one of two South Korea-based Army privates found dead in separate incidents since last week. COURTESY OF THE U.S. ARMY

Pvt. Claytun N. Cepeda, a 19-year-old Guam native, was pronounced dead Sunday after he was found in his room at Camp Humphreys, the Army said. It added that the circumstances surrounding his death were under investigation.

Cepeda, a water purification specialist, joined the Army in June 2018 at Pearl Harbor, Hawaii, and was assigned to A Company, 602nd Aviation Support Battalion, 2nd Aviation Regiment, 2nd Infantry Division, according to a press release.

Also, From Stars and Stripes

An Army helicopter repairman died Monday of injuries he sustained a week earlier at his home at Fort Wainwright, Alaska, the Army said.
Sgt. Brian Peter Sawyer, 33, assigned to the 1st Battalion, 52nd Aviation Regiment at Wainwright, died at Madigan Army Medical Center, Joint Base Lewis-McChord, Wash., where he had been transferred because of the severity of his injuries, the Army said in a statement Tuesday.
He was injured at his on-base residence on Feb. 3 and initially treated at Bassett Army Community Hospital on Fort Wainwright, the statement said.
read more here
Posted by Kathie Costos at 3:25 PM