Airman Shot and Killed While Trying to Stop Armed Robbery

A Westbrook native serving in the Air Force was shot and killed Friday night in Arkansas while trying to stop an armed robbery at a convenience store, authorities said. 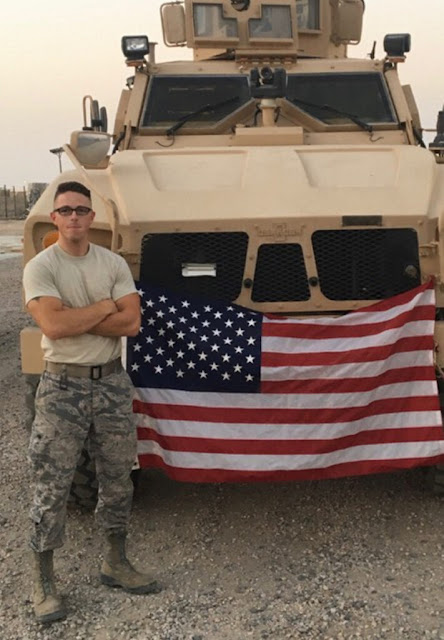 The 23-year-old Mckeough, who graduated from Westbrook High School in 2014, was a senior airman with the Air Force. Police said he was an on active duty and stationed at the Little Rock Air Force Base.

“As a result of the investigation, detectives have learned that two armed suspects entered the location in an attempt to rob the business. The victim in this incident attempted to stop the armed robbery and was fatally shot,” the police department said in a statement Sunday.

The shooting occurred around 11:30 p.m. Friday. Mckeough was pronounced dead at the scene. He apparently was a customer at the time of the robbery.

Sgt. Amy Cooper, spokesman for the North Little Rock Police Department, said in a telephone interview Sunday night that the two robbers – one of whom appears to be a man based on surveillance camera footage – remain at large. The police department is offering a $10,000 reward for information leading to their capture.
read more here
Posted by Kathie Costos at 4:58 PM