Her body was found early the next morning, in the yard of an abandoned home near Sanford. She was badly beaten and unclothed except for a pair of white underwear. Her uniform was found nearby. There was about $100 in cash in her pocket. 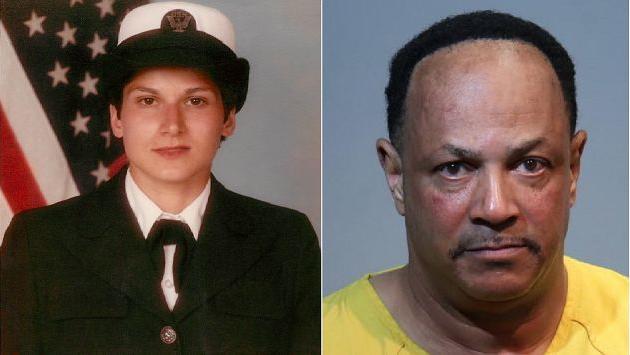 For three days in early February, Thomas Lewis Garner was being watched at his apartment in Jacksonville.

Garner, a dental hygienist, had led an unexceptional life for most of his 59 years. But advancements in DNA technology, along with the proliferation of family genealogy databases, led authorities to consider him a suspect in the slaying of Pamela Cahanes, the 25-year-old U.S. Navy seaman apprentice who was found beaten, strangled and dumped in an overgrown Seminole County lot in 1984.

All investigators needed to close the 34-year-old cold case was a sample of Garner’s DNA to compare to evidence found on Cahanes’ body. Their chance came Feb. 8, when he was seen walking out of his 600-square-foot, one-bedroom apartment and throwing a trash bag in the complex’s garbage compactor.
read more here
Posted by Kathie Costos at 4:48 PM