Suicides at Fort Wainwright cause investigation


"If these deaths are officially ruled as suicides, Congressman Young hopes the U.S. Army can help identify a path forward to improve the mental health and overall well-being of active duty military at Fort Wainwright," Brown said.

FAIRBANKS—A team of medical experts will be sent to Fort Wainwright to study suicide in response to a perception that there has been a recent spike in suicides at the Army post. 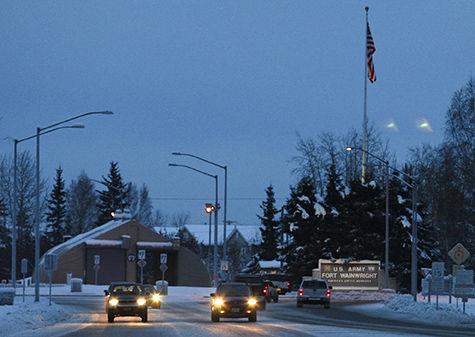 Cars drive in and out of Fort Wainwright's main gate off of Airport Way on Thursday, January 15, 2015. Daily News-Miner photo

U.S. Army Alaska spokesman Lt. Col. Martyn Crighton said he believes this is the first time this type of investigation is being conducted in Alaska. He said the timing of the investigation has not yet been announced but that soldiers at Fort Wainwright have begun preparing for it.

The exact number of recent suicides at Fort Wainwright is fluid because several deaths remain under investigation.

Two confirmed suicides in this time period is not unusual among Alaskans and Army soldiers — both populations have high rates of suicide compared with national averages, Crighton said. Even this number of suicides is not acceptable, he said.
read more here

Come out of the dark and fight to #TakeBackYourLife #BreakTheSilence and ask for help. If someone is a jerk about it, then call them out for being an idiot. If they do not know what PTSD is by now...they never will.


We figured it out in the 70's when Vietnam veterans came home and fought for all the research other generations came home with.

Posted by Kathie Costos at 4:28 PM