Neil Schaffer died of cancer last year in room at the Madison Hotel.

Friends of a homeless Vietnam veteran who died last year after living for decades in the Skid Row neighborhood organized a brief military memorial for him Thursday on the steps of Los Angeles City Hall. 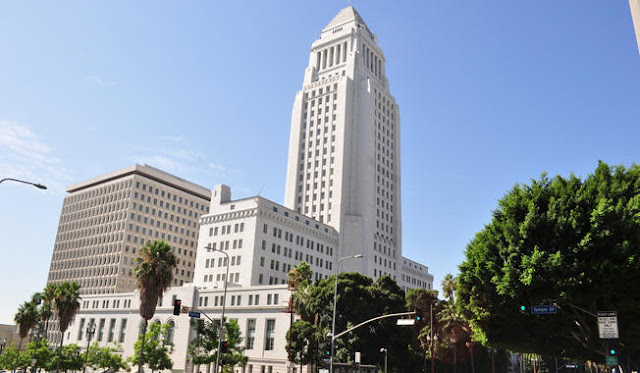 Vietnam Veteran Neil Schaffer was remembered at Los Angeles City Hall.
Neil Schaffer, whose friends said he fell through the cracks of society but lived a quiet, peaceful life, died of cancer last Aug. 19 in a room at the Madison Hotel.

Some Skid Row residents raised the funds for Schaffer's cremation, and the ceremony included the release of a dove.

Retired U.S. Air Force Chaplain Doc Cohen, who oversaw the ceremony, said Schaffer served in the military as a carpenter from 1971 to 1973 before being honorably discharged.


"And then it all went downhill. And he struggled. He tried, he got a job, he lost a job, whatever he could do, it wasn't enough, and he died on the streets right here in L.A.," Cohen said.

Another ceremony will be held at Los Angeles National Cemetery on March 31, Cohen said.

The Los Angeles National Cemetery has been closed to new interments of servicemen for decades, but Schaffer's ashes will among the first interred in a columbarium that is opening up there this summer, Cohen said.

Eriq Moreno was one of the friends of Schaffer who helped organize the City Hall service. Although he has a home and career now, Moreno said he met Schaffer about 17 years ago in Skid Row when he was homeless.

"He offered me shelter, and he became a really close friend and a father figure mostly, because I never had one," Moreno said. "When his situation with his health got worse, I knew I had to be there all the way, and I was, and he kind of left me in charge of his arrangements. He made a good change in the world and I just wanted someone to acknowledge that."
read more here

Posted by Kathie Costos at 8:06 PM