What part of "nor prohibit the free expression" do they not get?

MANCHESTER, N.H.
A Bible that was on display at the Manchester Veterans Affairs Medical Center is at the center of a controversy. 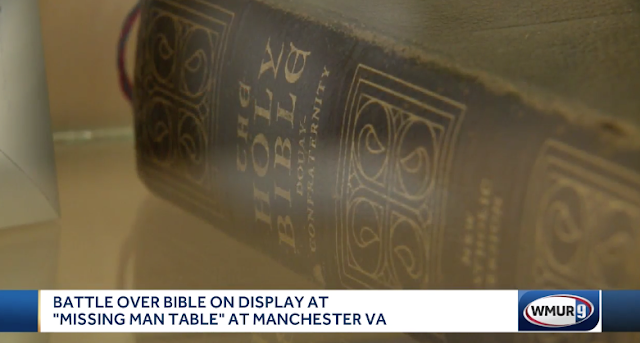 The Bible was carried by a prisoner of war in World War II and then made part of a memorial at the Manchester VA until a veterans group objected and it was removed. Now, there's an effort to put it back. 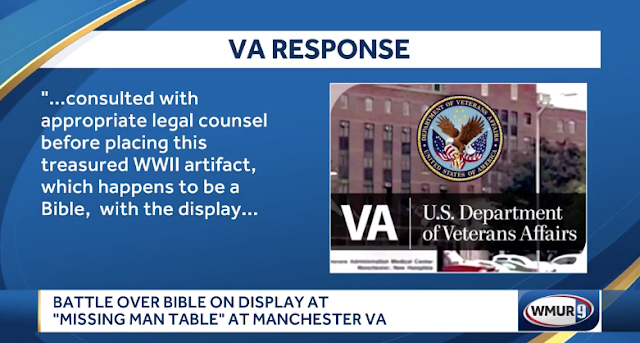 VA officials said they consider the Bible to be an historical artifact, but people on both sides of the debate said they believe it represents something much more

The Missing Man Table is intended to honor the nation's missing veterans and POWs, but a spokesman for the Military Religious Freedom Foundation said the organization received complaints about a Bible that was originally part of the memorial.

The group asked the VA to remove it, calling its presence intolerable and unconstitutional.
read more here

Congress shall make no law respecting an establishment of religion, or prohibiting the free exercise thereof; or abridging the freedom of speech, or of the press; or the right of the people peaceably to assemble, and to petition the government for a redress of grievances.

No one is stopping atheists, or anyone else, for believing what...or not believing...as they choose to. So why do they feel they have the right to "prohibit the free expression" of others to do the same?

They complain about everything because they believe in nothing, and that is OK. It is their right. The problem is, most of what they complain about has to do with what people raised funds to do, or began as an act of love, as with the POW MIA Table service.

In the case of the Manchester Bible, it was donated by a WWII POW veteran! So who protects the rights of Christians to "freely express" what they believe in?

As for the monuments the atheists, and freedom from religion crowd want taken down, they do have the right to build their own. But, since they believe nothing, here's a thought. Put up a statue of Ron Reagan. 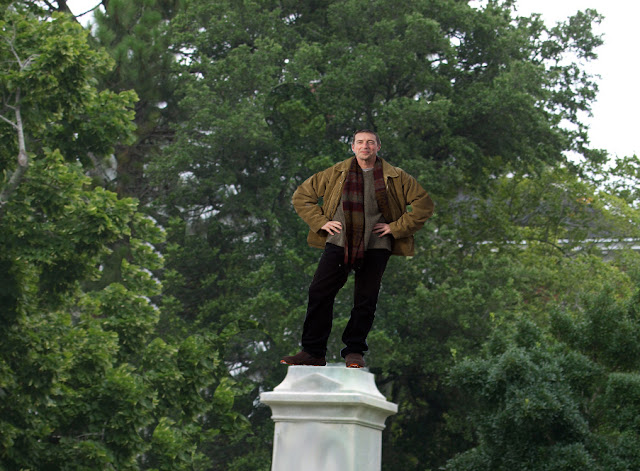 When someone pushes to have it taken down, they can defend how they have the right to do it protected by the Constitution. Then maybe they'll value that right for everyone too!
Posted by Kathie Costos at 7:36 AM