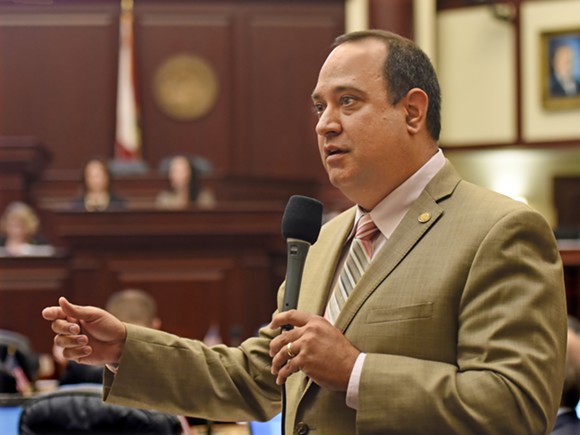 After fiery exchanges with veterans and patient advocates who accused a legislative leader of relying on faulty research, members of a House committee on Tuesday pushed forward a proposal that would cap the level of euphoria-inducing THC in smokable medical marijuana.

The House plan would also give veterans free, state-issued medical marijuana identification cards, a sweetener that angered veterans who lashed out at the bill’s sponsor, Rep. Ray Rodrigues, during an emotionally charged House Appropriations Committee meeting.


Jimmy Johnston, a veteran who is president of the North Florida chapter of Weed for Warriors Project, lashed out at the committee for linking the free ID cards for veterans, a savings of $75 per year, with the THC cap.

Rodrigues, a soft-spoken Estero Republican who serves as chairman of the House Health & Human Services Committee, was visibly shaken following a meeting that became so heated the House sergeant and his aides were summoned.

Rodrigues has shepherded House medical-marijuana legislation since the state first authorized non-euphoric cannabis for a limited number of patients in 2014.
read more here
Posted by Kathie Costos at 5:30 PM