HOA lost to Vietnam veteran and his patriotic van after neighbors stood up!


“Being a veteran and serving other veterans should not be offensive.” Donna Lee

The HOA told Johnson to remove the van from his driveway or have it towed and face fines. 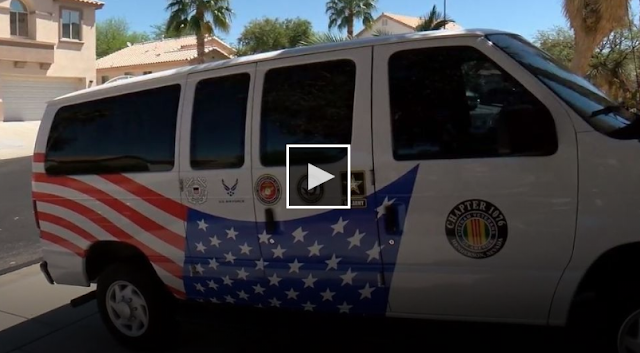 (sorry wrong video attached to the report so just the picture on this one. KC)

“I was wondering if we had someone that was unpatriotic (in my neighborhood)?", said Johnson.

The Vietnam veteran fought back.

Now, he’s claiming victory and it’s partly thanks to the support of his neighbors after a story on News 3.

Johnson said his fight is finally over.

The homeowners association in Palm Hills backed down from its order to remove the van from his driveway.

“It’s just a vehicle to transport honor guard to and from the cemetery,” said Johnson.

“To let them know, and their family, they’ll never be forgotten,” he continued.
read more here
Posted by Kathie Costos at 3:25 PM