Veterans and PTSD, not worthy of good reporting

Before PTSD was newsworthy

When I think about all the news reports on PTSD and very sad outcomes, I remember what it was like when no reporter was interested at all.

I often wonder what it would have happened if they cared back in the 80's. What would it be like now if they exposed how Vietnam veterans came home and fought for all the research and funding for all generations of veterans?

I was not alone in trying to get reporters to pay attention. There were many others and even more came afterwards.

Even though we were not silent, it sure felt that way.

I had an old website NamGuardianAngel, among others, that I had to let go of because I could not afford to keep it. Thank God for the fact that the internet does not forget!

In 2005 I was still trying to make a difference with the book...then opted to allow people to read it for free in a PDF! 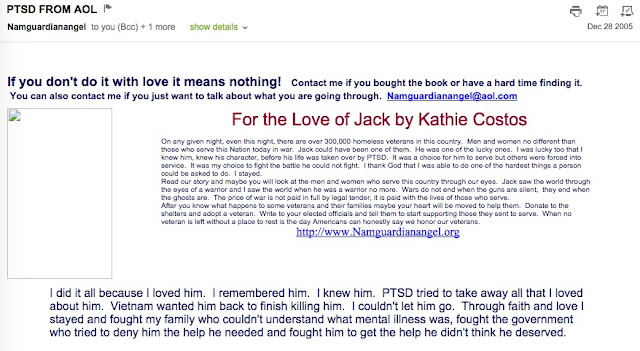 Yes, that is the book I am fighting to take back control of.

I wanted to #BreakTheSilence because I knew how many other families were out there, just like mine.

This pamphlet from the Disabled American Veterans had this piece of information in it. 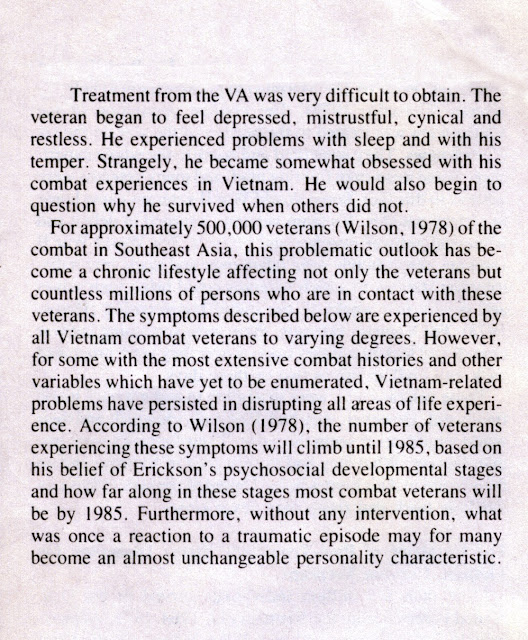 And then there were more websites. This one started in 2007 and has over 30,000 posts on it. Yes, all trying to make a difference and #BreakTheSilence but to tell the truth.

This video Wounded Minds was also out there early. It went up in 2006.

And this shows how old Wounded Minds video is!

The point to all this pondering is, I still cannot figure out how is it that media has still been unable come close to doing it.

Today we had an example of that on NBC Nightly News as they tackled the latest round of suicide reports. 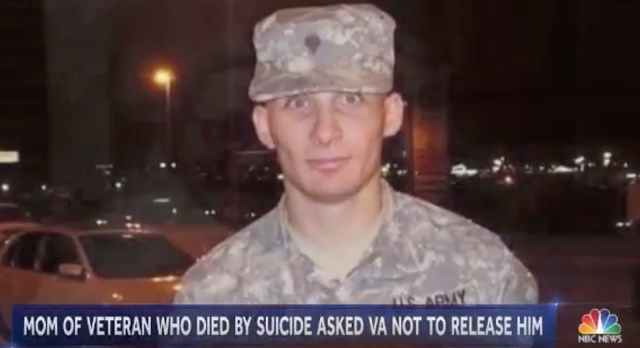 Yes, they did the "20" a day, without a clue how many more they are missing. The report was about how there were three veteran suicides at VA hospitals...yes, those, but they missed the others we have been talking about.

So, I am still wondering what it would have been like if they had paid attention all along...or long enough to find the facts first. Looks like they are still not worthy of good reporting~

Posted by Kathie Costos at 7:24 PM