He had the idea for Thanos before he came to Marvel and introduced the character during a brief stint when he worked on Iron Man. When Starlin took over the Captain Marvel series, he established Thanos as one of the Marvel Universe's greatest villains. He also gets credit for creating Guardians of the Galaxy favorites Gamora and Drax the Destroyer. 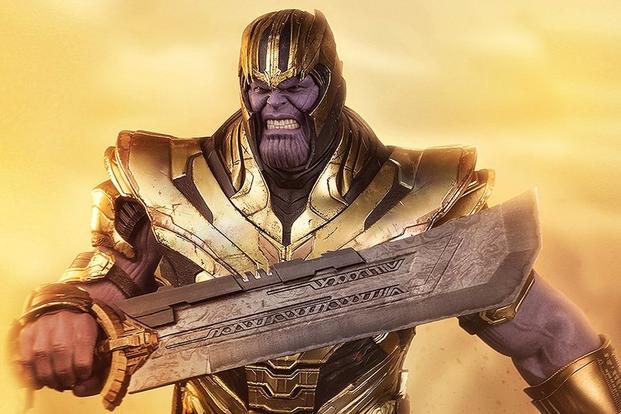 Thanos is back in "Avengers: Endgame." (Marvel)


As Marvel wraps up a 22-movie cycle with the release of the very good movie "Avengers: Endgame," we should all give credit to the Navy veteran who created the Infinity Stones, the mysterious driving force behind the Marvel movies, and Thanos, the intergalactic bad guy who used them to destroy half the universe in "Avengers: Infinity War."

Anyone planning to see "Endgame" should go in with zero advance detail if they possibly can, and this post is guaranteed to be spoiler-free.

Jim Starlin served as a Navy photographer during the Vietnam War and got a job working at Marvel in 1972. Like most comic artists of his generation, he grew up a huge fan of Jack Kirby (creator of Captain America, the X-Men and the Hulk) and Steve Ditko (creator of Spider-Man and Doctor Strange).
read more here
Posted by Kathie Costos at 4:42 PM