Congress held another hearing on suicides without listening to different voices!

Why are they still asking why?

I have been listening to these hearings for too many decades and find it disgraceful members of Congress are still asking "why" veterans are committing suicide.

When will they ever get to the point where they actually open their eyes and understand that the "two decades" they believe they have been doing something, with no progress at all. Actually, in the Veterans' Community, it is worse!

The answer is they keep asking the same questions, to the same experts and getting the same answer.

They will never actually hear us until they actually acknowledge we exist!

We hear their voices, hold their hands, and put our arms around their families when it is too late to reach them. They cannot find the help they need because Congress, the press and mega size veterans groups do not intend to seek our council.

After all, there is no money in hearing what works. They do not want to know the facts when they just swallow what the VA tells them about how many are killing themselves without having to explain how many they are not reporting on within the data that is available to anyone wishing to take the time to seek it.

They will not change a damn thing until they actually change the conversation with the people they have ignored for over 4 decades. Yes, the best experts were out there over 40 years ago when Vietnam veterans were pushing for the research.

Listen to their own words and know, they have been saying the same thing for far too many years! 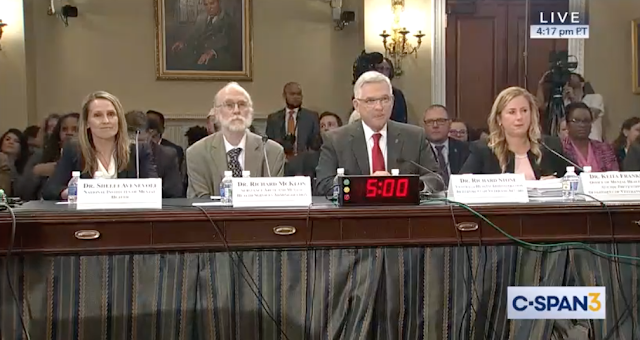 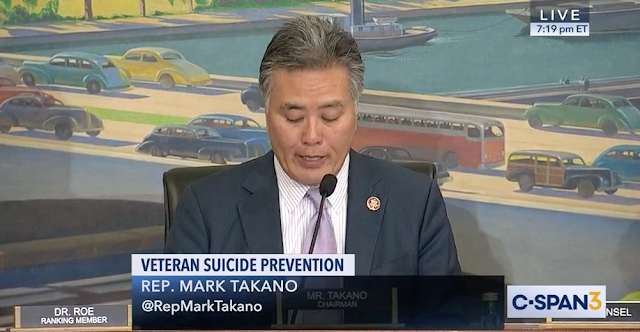 Rep. Mark Takano said that his uncle, a Vietnam veteran, had committed suicide. 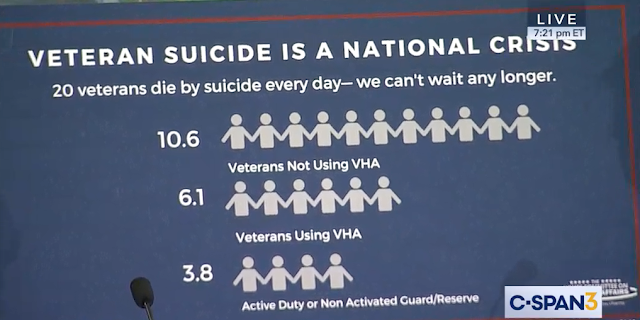 "The House Veterans' Affairs Committee held a hearing to examine ways to combat suicide among military veterans. Witnesses included officials from the National Institutes of Health, Veterans Affairs Department and the Suicide Prevention Branch of the Substance Abuse and Mental Health Services Administration."

Posted by Kathie Costos at 5:37 PM