Military suicides are up but reporters do not seem to take it seriously enough to ask questions?

Ever think that you are about to read a very worthy article because of the title...and then find out you just wasted your time? Damn, I could have been playing candy crush instead.

Yes, dear reader, I am about to take off on one of those rants that I cannot avoid.

This is the headline that I though would really mean some great reporting.

So much for a great headline. It was all a bunch of the same old reporting done with what the VA says and how they are taking all of this seriously...even though the report was supposed to be about the Army.

Even more BS trying to make it seem as if no one had ever done anything on this, going all the way back to Bush 41 when he signed the Joshua Omving Suicide Prevention Act.

OK, so what we have here is a failure to communicate facts! If you read this site, you'll be able to spot what they should have been asking instead of this!

"How has serving impacted you?" — that was a question put forth by the US Army's Twitter account. 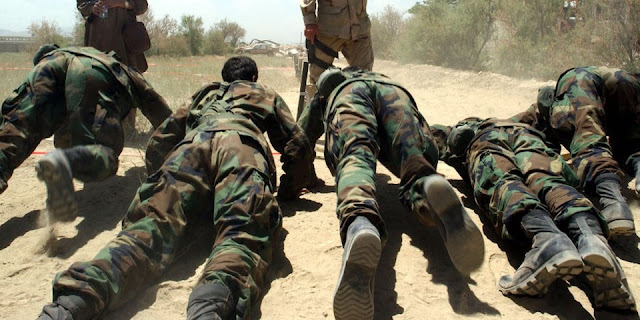 The tweet was threaded below another with a video of Pfc. Nathan Spencer, a scout with the Army's First Infantry Division explaining how the Army has "influenced his life" in a positive way.

The replies below the question, however, are were varied: some acknowledge life-long friendships, while others share gutting stories of post-traumatic stress disorder (PTSD), difficulties with the Veterans Administration, or loved ones they lost to suicide.


"Given me memories of twelve Soldiers who chose suicide, three killed in preventable rollovers, another dozen sexually assaulted, and lots of people and families broken by immoral acts in a war that won't end," Bill Cork, whose Twitter bio describes him as "chaplain (former Army)," said in a tweeted response to the Army. And he was not alone in documenting veteran suicides. read more here

Posted by Kathie Costos at 9:06 PM