Arrested boyfriend of slain Staten Island servicewoman had violent past

A Staten Island military man was arrested and charged Sunday in the murder of his Air National Guard girlfriend and their two young sons, police announced. 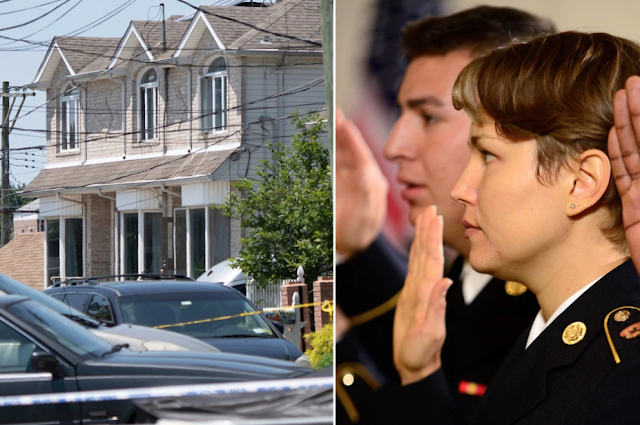 The scene of the alleged murder (left) and Alla Ausheva Richard Harbus; CNP


The arrest came as new details emerged about accused killer Shane Walker’s violent past — and his Russian-born girlfriend’s tragic story of achieving her American dream only for her life to be cut short at 37.

Cops charged Walker, 36, with murder, manslaughter, arson and criminal possession of a weapon for killing US Air National Guard Airman 1st Class Alla Ausheva along with the couple’s sons Ivan, 2, and Elia, 3.

Ausheva was found bludgeoned to death in her home Saturday near the bodies of their children, who appear to have been drowned.
read more here
Posted by Kathie Costos at 7:22 PM