At $20,000 a pup, service dogs bark Philly military veterans back to life

After he considered suicide, Curtis Thompson finally admitted that he might need help.

“I stereotyped myself. I wasn’t an old man, like in Vietnam and World War II,” says Army vet Thompson, 41, who lives in Burlington Township. 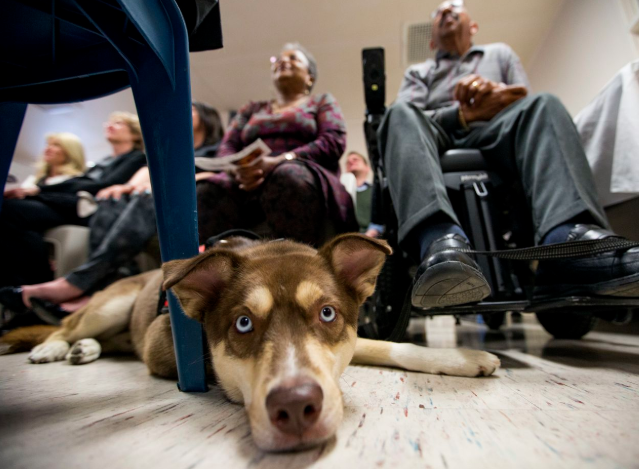 Deployed to Kosovo in 1999 and three times to Iraq, Thompson was discharged honorably in 2006. He got divorced from his first wife, couch surfed, and endured panic attacks, nightmares and brief homelessness.

By 2013, he reconnected with a high school sweetheart (they have since married). She insisted he seek treatment at VA medical centers in Philadelphia and Marlton, N.J., where he was diagnosed with a traumatic brain injury and severe PTSD from his time in combat and exposure to a roadside bomb.

“My doctor said a service dog would really help, but I couldn’t afford to pay $20,000” — the going price for a fully-trained service animal that is attuned to veterans and their health issues.
read more here
Posted by Kathie Costos at 3:23 PM