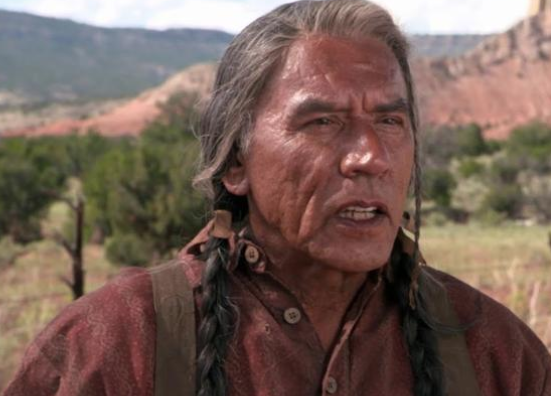 
Vietnam veteran Wes Studi, a hardworking actor with almost 100 film and TV credits, will become the first Native American to be awarded an Oscar when he receives an Honorary Award this fall at an Academy of Motion Picture Arts and Sciences ceremony.

Studi didn't begin his acting career until he was in his thirties and has become one of Hollywood's go-to performers for Native American roles in modern westerns.
read more here

Under the Radar Military.com


Studi got on the phone to talk about movie but we ended up talking about his own service in Vietnam and why Native Americans commit themselves to military service just as much as we mentioned "Hostiles." It's a great movie about coming to terms with your enemies after the war is over.

Posted by Kathie Costos at 4:14 PM