JEFFERSON CITY, Mo. — A Missouri man who was unable to finish high school but went on to serve as crew chief 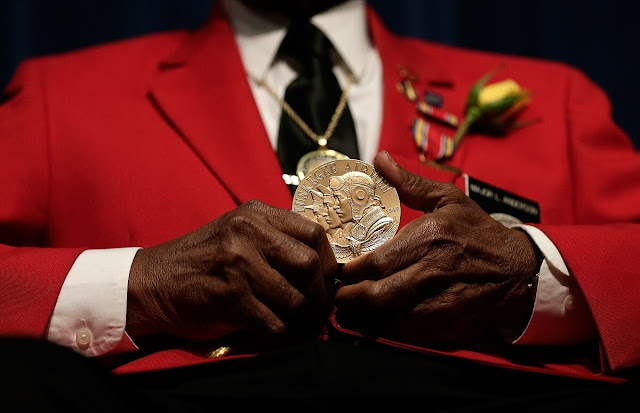 A Tuskegee Airman displays a Congressional Gold Medal given to all Tuskegee Airmen during a ceremony commemorating Veterans Day and honoring the group of World War II airmen on Nov. 11, 2013, in Washington. (Win McNamee/Getty Images)

The Jefferson City News-Tribune reports that James Shipley got the diploma in a Sunday ceremony.
read it here
Posted by Kathie Costos at 5:51 AM