He left politics to treat his PTSD. His new mission? Helping fellow vets


"I was afraid of the stigma. ... But it's just getting worse. So, after 11 years of trying to outrun depression and PTSD symptoms, I have finally concluded that it's faster than me. That I have to stop running, turn around, and confront it." Jason Kander 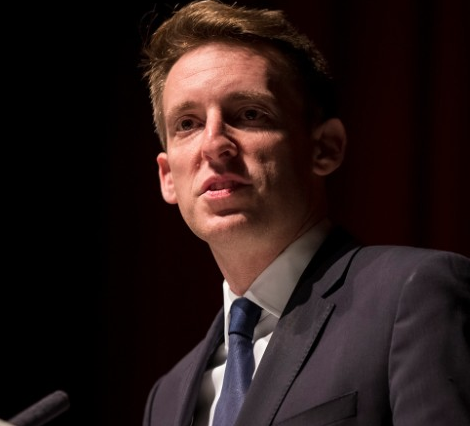 The U.S. Army combat veteran had served as Missouri's Secretary of State, nearly beaten a Republican incumbent for a U.S. Senate seat in 2016 and was the front-runner in the race for Kansas City mayor. There was even talk of him running for president.

But Kander made headlines when he suddenly dropped out of the race to get treatment for post-traumatic stress disorder. In a public letter to his supporters, he admitted it was a step he'd avoided for years.


The treatment helped Kander. So did hanging out at the group's outreach center. "(Before) I didn't make time to hang out with other veterans like maybe I should have because it's been very therapeutic to do that," Kander said. "There's a reason that past generations have been hanging out at VFW halls. There's a comfort in being around fellow combat vets."

Earlier this week, the organization announced that Kander will help lead the nonprofit's national expansion. The group hopes to open eight additional locations across the country by 2022. Kander calls the role his "new mission."

"I was really impressed by everything that VCP does and found it inspiring," Kander said. "Long term, we want to end veteran homelessness nationwide and make sure no veterans fall through the cracks."
read it here

Posted by Kathie Costos at 7:47 PM