Vermont veterans rate 88.7% higher than the national rate for suicides

Endless struggle: Vermont’s veteran suicide rate is among highest in the nation 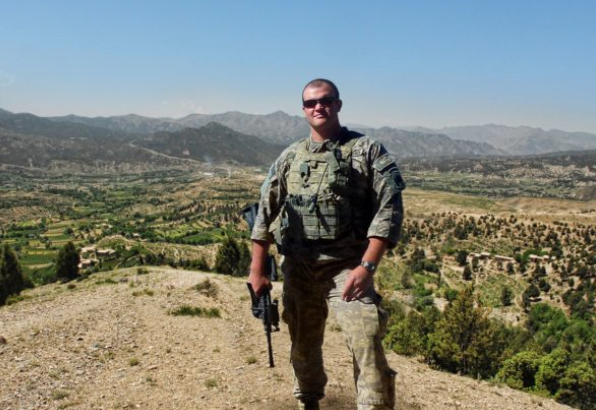 Josh Pallotta is pictured here during his service in Afghanistan. Facebook photo

In Valerie Pallotta’s eyes, her son, Josh, was always determined to do what he liked, including fighting for his country.

When Josh came home one day in 2009 and told her he was joining the Vermont National Guard, she asked if he realized he would be deployed to Afghanistan as part of Operation Enduring Freedom.

Josh scored so high in the Armed Services Vocational Aptitude Battery test that he could choose whatever branch in the military he wanted, according to his mother. He opted for infantry because he knew that he would be on the frontlines. He was 20.

Valerie said Josh was a teddy bear type who enjoyed snowboarding, football and lacrosse. He also had a great sense of humor that made everyone want to be around him. But things changed after he lost two members of his unit in a Taliban ambush in Afghanistan.

“That totally changed him,” Valerie said.

At 21, it was the biggest loss of Josh’s life. He came back to Vermont a few months later. Valerie said Josh was OK at first. He worked as a transportation security officer at Burlington International Airport. But then problems began to crop up. He had a hard time sleeping, which led to missing work and ultimately, being fired.

Valerie said Josh had another job later that required him to make sandwiches and mop the floors. He really liked it and was good at it, but the business closed. Josh was left with “What do I do now?” said Valerie, and felt he had few choices.

Soon, his mother said, Josh lost motivation and purpose in life. In September 2014, he ended his life. He was 25.


Valerie had not spoken with her son during the nine months before he took his own life. She took a tough love approach, hoping Josh would buck up. But that backfired on her, and she has had to live with a terrible sense of guilt, she said.

“This is the worst thing to ever happen to me. I will never have grandchildren. He was my only child. I will never see my child get married and have kids,” she said.
read it here

If you do not want to be a burden...THEN STOP BEING ONE AND DO WHATEVER YOU CAN TO BE BETTER FOR THEIR SAKE. You can heal and isn't it time you started to?

#BreakTheSilence and #TakeBackYourLife
Posted by Kathie Costos at 3:32 PM