The Air Force is taking a hard look at itself as service suicides skyrocket. As of August 1, 78 airmen had taken their own lives since the start of the year. That is a 56 percent increase over the toll from the same time last year. 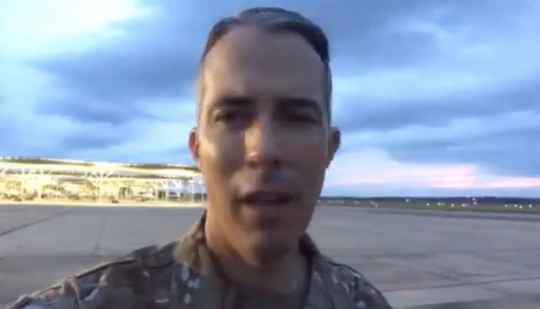 A "heartbroken" Air Force commander expressed shock and disbelief after a South Carolina base suffered its third suicide in as many months.

"Here we are again. I can't believe it," Col. Derek O'Malley, the commander of the 20th Fighter Wing at Shaw Air Force Base in South Carolina, said in a video on Facebook Wednesday. "We lost another airman yesterday."

"I wake up every day, my command team, we wake up every day to try to make this place a better place. There's so much we try to do, so much more we need to do. But none of that matters right now because we lost another one of our own."

Starting on the right path is what you just did.

I have watched and waited for someone to step up and speak loud enough to be heard. What has been done, has not worked. You just did exactly that.

Please reconsider "resilience" training, since that is part of the increase in suicides. It prevents them from seeking help because they think it is their fault for being weak instead of being taught what PTSD is and why they have it.

Telling them they can train their brains to become mentally tough, and all they hear is they are mentally weak if they end up with PTSD. Simple as that.

What has been said has done more harm than good. Just as all the suicide awareness has removed hope from their minds. You just gave them back hope.

For over 3 decades I have seen far more than my share of suffering, but I have also seen how magnificent it is when they open their eyes to all they can become, even with PTSD.

They need to see what is strong within them instead of being told what is wrong with them.

They need to know that it is the strength of their emotional core that allowed them to become a service member, but also caused them to feel all they experienced more than others.

So, thank you for doing the video and speaking out. You showed you care about those you serve with and that is the beginning of healing.

Posted by Kathie Costos at 5:15 PM