LILLINGTON, N.C. — A Lillington native remains in a Colorado hospital three months after she was seriously injured in a hit-and-run in Denver. 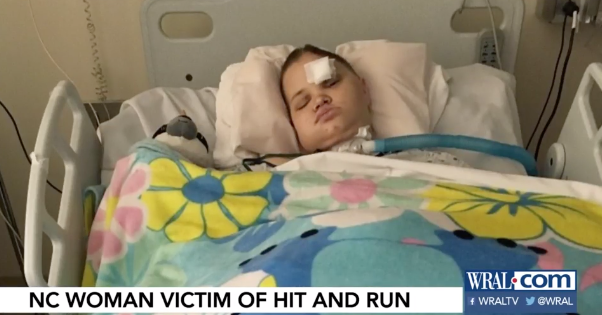 Ashley Schachter, 22, was on her way to work at a local college on May 1 when she was hit. Witnesses told police that the driver stopped briefly and could be heard asking someone on the phone what to do before jumping back in her car and driving off.

"To know that she got out of her car saw what she did to my daughter and then left the scene of what she did, it just baffles me how someone could just do that," Brandy Schachter said Wednesday.

Ashley Schachter, a Harnett Central High School graduate who had moved to Denver only weeks earlier after spending several years doing community service work through AmeriCorps, suffered a traumatic brain injury along with fractures in her spine, hip, legs, left ankle and collarbone.

"I didn't recognize my daughter, and I basically hit the floor," Brandy Schachter said, recalling the first time she saw her in the hospital. "It was, I mean, all the trauma and the bruises, everything, it was just overwhelming that I didn't even recognize my own daughter." 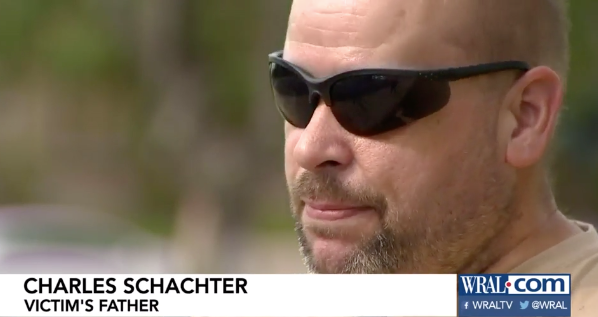 Chad Schachter, a disabled Iraq War veteran, has stayed in Denver since the crash to be with his daughter and to try find clues to help with the investigation of the hit-and-run, which remains unsolved.

"I had no idea if she was going to be alive or not when I got here," he told NBC affiliate KUSA.
read it here
Posted by Kathie Costos at 7:40 AM