PTSD, suicide: ‘I didn’t care about my life or anyone else’s’ but now he does!

Alabama’s homeless veterans: PTSD, suicide: ‘I didn’t care about my life or anyone else’s’


Homeless. Veteran. These two words don’t belong together. How could someone who is willing to die for our country wind up on the streets, kicked to the curb after their service? I’m on a mission to draw as many of Alabama’s homeless veterans as possible and let them tell their stories. 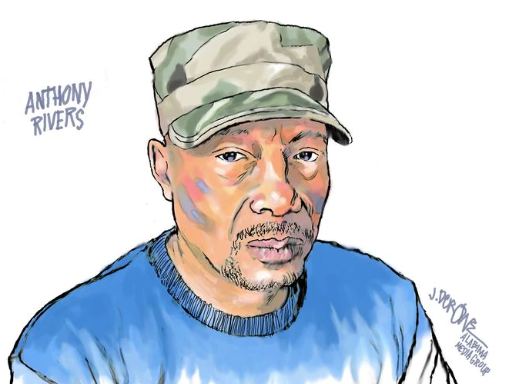 We met Anthony and more than 60 other veterans who are struggling with PTSD at a recent American Legion Veterans Retreat near Wetumpka, Alabama. There will be more stories to come from this retreat.


“After I got out of the Air force, I was doing pretty good – I thought I was. I felt good about doing my patriotic duty and I liked the military, so I joined the Army National Guard which kept me connected to the military lifestyle. Before I went into the military I didn’t drink or do drugs or anything like that. I was clean cut. But in the military, I began to indulge in drugs and alcohol.

“Things started happening to me – the way I thought, the way I treated my family, my sisters and brothers. I got divorced because of the way I began to change. I was initiating the type of discipline on my wife that I learned in the military. I didn’t see anything wrong – that was the way I had been taught. It caused problems and eventually she left me.

“After I joined the Army National Guard I got into some legal trouble and had to leave. I wound up doing time in the penal system. Having a criminal record, it was hard to get a job. So I went to a community college and made myself into an electrician.
read it here

Posted by Kathie Costos at 9:22 AM