NewsChannel 5 featured Ferguson's story over the summer when he adopted a puppy with a missing leg. Ferguson lost his leg during a deployment in Iraq when his vehicle was hit by an IED. He also suffered other injuries, including a traumatic brain injury and post-traumatic stress disorder. 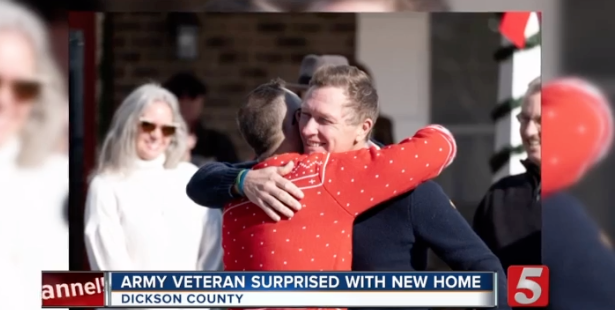 On Thursday, U.S. Army Sergeant First Class Josh Ferguson, along with his wife and family, were presented with the keys to their new home.

Country singer Craig Morgan and Taya Kyle, who is the widow of Navy SEAL Chris Kyle, surprised Ferguson with the keys.
read it here
Posted by Kathie Costos at 11:53 AM