Did PTSD cause your discharge without honor?


Activist veterans are helping their comrades seek upgrades to so-called "bad paper" military discharges that disqualify them from key benefits that help them re-enter civilian life.

“I think there is a growing sense that something needs to be done," said Kristofer Goldsmith, 34, who advocates on behalf of fellow veterans. Approximately 500,000 living veterans from various wars have been discharged from the military under other than honorable conditions, says Goldsmith, who himself once had "bad paper" from his time in the Army.

Depending on the type of discharge, an "other than honorable" designation can bar former service members from Veterans Affairs healthcare, home loans, and disability payments, and from GI Bill college money. Additionally, the "OTH" discharges confer a stigma that can limit employment opportunities and other aspects of day-to-day life.

The Department of Veterans Affairs in 2017 changed its policy so that former "OTH" service members could get mental health crisis treatment. In 2018, The Honor Our Commitment Act required the VA to provide mental health care to veterans with OTH discharges. Still, advocates say, much remains to be done. 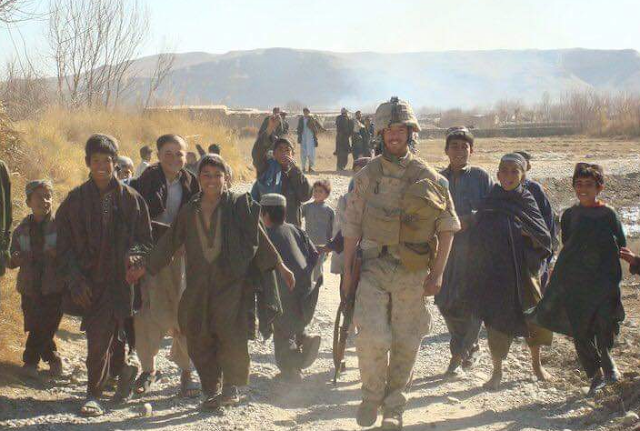 Marine Corps veteran Thomas Burke on patrol in Afghanistan in 2008, followed by local children. Several would be killed while attempting to bring him and his unit an RPG warhead. Courtesy of Thomas Burke.
Thomas Burke


It's something both men know first hand. Burke, now 30, was given an "OTH" discharge following a PTSD-related suicide attempt in 2010. Goldsmith, too, received "bad paper" following his own PTSD-connected attempt to kill himself.
read it here
Posted by Kathie Costos at 9:14 AM