Did you return veteran's wallet in Tampa Florida?


"I see so much negativity out there about people," said McCormick. "I wanted to make public that here’s a guy that for no reason at all, except that he was a good guy, just stopped and brought home something that he didn’t have to do." 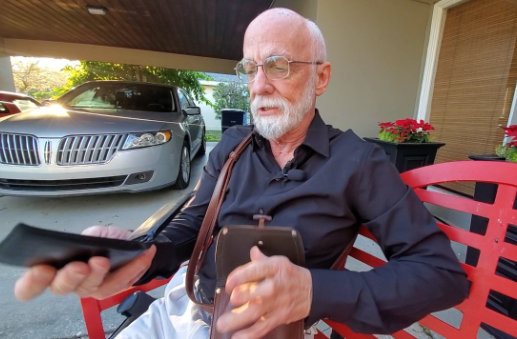 TAMPA, Fla. — A Tampa man's mistake could have cost him big, but a stranger's kind gesture saved the day.

Joe McCormick says a routine trip to the grocery store nearly put his entire identity at risk. He dropped his wallet while shopping at Winn-Dixie on Swann Avenue.

“Driver’s license, military ID, veterans ID, medicare card, car insurance," said McCormick. "Everything that you need to have to get through life was in that, I had no idea I had even lost it."

Not long after returning to his home on Davis Islands, an unexpected knock came at the front door.

A man McCormick describes as in his 20s, driving a blue four-door sedan returned his wallet.
read it here
Posted by Kathie Costos at 3:24 PM