Female veterans it is no longer acceptable to be forgotten warriors! 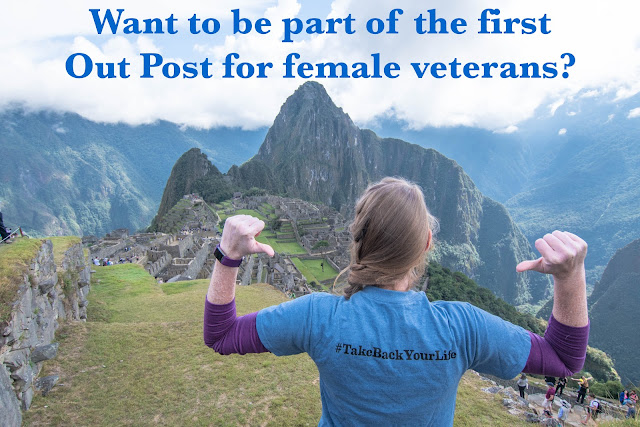 Hell, it isn't as if women did not fight since the Revolutionary War! Considering that women have earned ever medal for service, including the Medal of Honor after the Civil War, you deserve a lot more than you have been getting.

Point Man International Ministries is coming to the New Hampshire-Maine border just for you! My husband and I moved from Florida to Rochester New Hampshire. Point Man has asked me to open the first Out Post for female veterans. While I am not a veteran, the need is so great that we can no longer wait to find a female veteran to take the lead on this.

The goal is to begin to train women veterans from all generations to open their own Out Post and Home Fronts for families.

Consider the following and begin to understand why we can no longer wait for someone else to do it.

The need for female veterans is growing and will continue to grow as more women enter the military.

Military.com had this in 2019 report With Historic Number of Women in Uniform, the Vet Community Is About to Change

Women now make up approximately 10 percent of the current veteran population, the fastest-growing demographic. The number of female veterans treated at the VA almost tripled between 2000 and 2015. As a result of this rapid growth, the VA experienced difficulty meeting the clinical needs of female veterans at all sites of care.

It is no longer a matter of we need to do better. It has become we have to do better right now and we have had enough years to get this right! Contact Kathie Costos at 407-754-7526 email woundedtimes@aol.com