Testifying Wednesday in circuit court for 15 minutes, Mr. Busicchia blamed his behavior on post-traumatic stress disorder, caused by military experiences in Iraq. Beginning in 2003, he served about 13 months in the country. 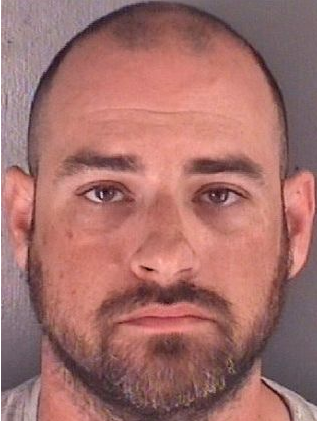 A Jeffersonton man will spend three months in jail for firing two gunshots from his car at a van near New Baltimore in June.

Damian Patrick Busicchia pleaded guilty Oct. 23 in Fauquier County Circuit Court to one felony count of firing a weapon from a vehicle — in exchange for dismissal of an identical gun charge and a felony hit-and-run count.


Driving a black Audi A6, Mr. Busicchia cut off the driver of a van, according to investigators

The van driver gave him the finger. Mr. Busicchia, 39, then lowered his driver-side window and fired two shots, according to investigators. The bullets didn’t strike the van or other nearby vehicles.
read it here