Is the VA lying? Is the DOD lying? Are reporters lying? Or is it all of them?

Is the Department of Defense lying about suicides or are reporters?

First came the number "22" from limited data from just "21" states. Not that most people bothered to read the report itself, or noticed any real facts. Why should they when reporters were able to grab a headline with "22 a day" and got away with it.


"We note that a prior report indicated that there were on average 20 suicide deaths per day in 2014 when combining three groups who died from suicide: Veterans, current service members, and former National Guard or Reserve members who were never federally activated."

The Department of Defense has been reporting on suicides among all the branches, including National Guard and Reservists. The reports show an average of 500 per year since 2012, or about 1.5 per day. This is the last report they issued. You need to combine the "Active Component" with the "Reserve Component" totals.

And this is from other years. 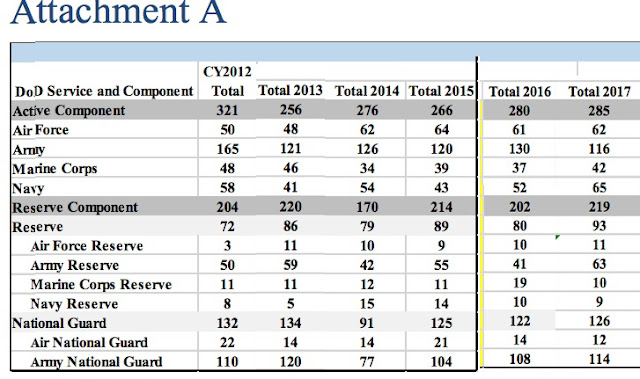 •In addition to the aforementioned Veteran suicides, there were 919 suicides among never federally activated former National Guard and Reserve members in 2017, an average 2.5 suicide deaths per day.

As damming as all of that is, the latest report from the VA, claiming they had changed how they calculate "suicides" makes it worse.

This chart shows that the majority of the veterans they know about, and admit are still committing suicide, are over the age of 35! 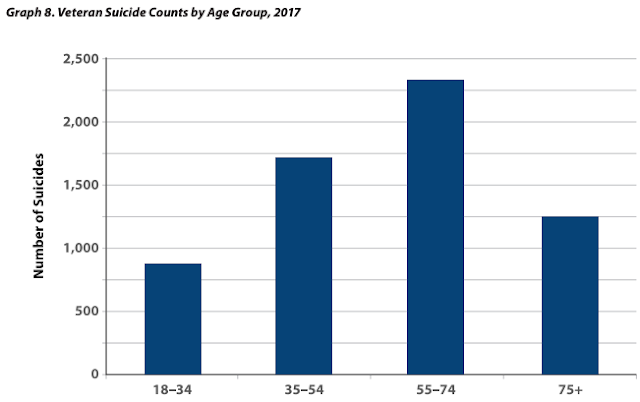 This shows the percentage of veterans committing suicide they know about has gone up. 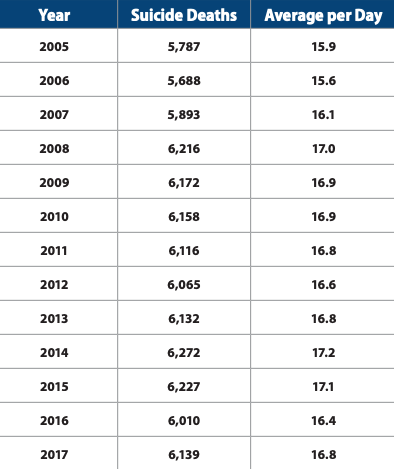 And this one shows how the number of living veterans has gone down. 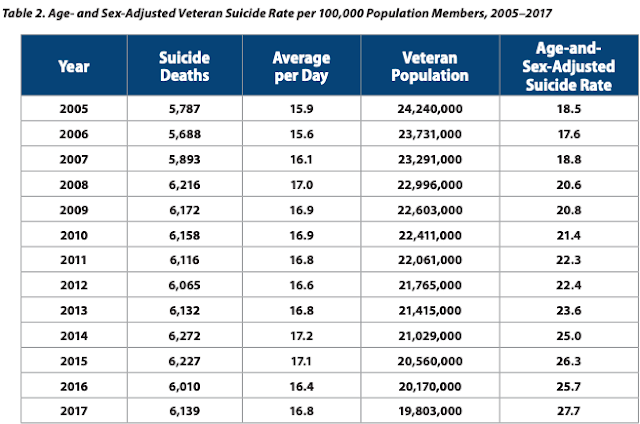 Is the VA lying? Is the DOD lying? Are reporters lying? Or is it all of them?
Posted by Kathie Costos at 5:20 PM