Jennifer Kepner served as an Air Force Medic in Iraq in 2006, killed by cancer caused by burn pits


Kepner lost her battle to cancer on October 16, 2017. She was 39 years old and left behind a husband and two young children. After her passing, her husband continued her fight to end burn pits. 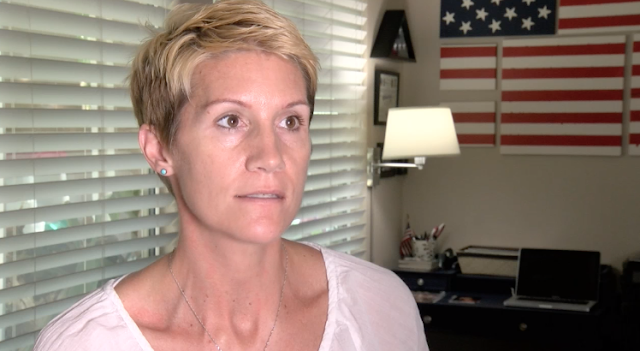 Burn pits were used as the main way to get rid of waste and garbage on American military bases during the conflicts in Iraq and Afghanistan. According to the Department of Veterans Affairs, hundreds of tons of waste were burned each day including plastics, Styrofoam, petroleum products, human waste, and other items.

Many service members and veterans exposed to burn pits ended up suffering from pulmonary issues, insomnia, cancer, and rare illnesses.

An independent registry by Burn Pits 360, a veteran organization whose goal it is to end burn pits, reveals that over 6,000 veterans have been exposed to toxic airborne chemicals and fumes generated by open air burn pits.

Ruiz's legislation calls on the Department of Defense to produce and implement a plan to phase out the use of burn pits and provide a comprehensive list of all locations where the toxic burn pits have been used.

One local veteran affected by burn pits was at the forefront of highlighting the dangers of the practice years ago.

Cathedral City resident Jennifer Kepner served as an Air Force Medic in Iraq in 2006. She told News Channel 3's John White in Sept. 2017, she was diagnosed with pancreatic cancer in 2016. read it here
Posted by Kathie Costos at 9:39 AM