U.S. Pays $7 Million To Veterans Who Were Sexually Molested At The Leavenworth VA Hospital


Dan Curry, a Kansas City lawyer who represented the veterans, said the $6.97 million settlement has been apportioned among the 82 plaintiffs. A former Jackson County judge, Jay Daugherty, determined how much each veteran received.


Eighty-two veterans who were sexually abused by a former physician assistant at the VA hospital in Leavenworth have settled their lawsuits against the government for nearly $7 million.


One of his earliest victims committed suicide not long after the VA police interviewed him about Mark Wisner. This was years before Wisner physically assaulted more than 90 veterans. Someone needed to connect the dots.” 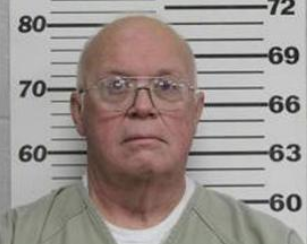 The physician assistant, Mark Wisner, was convicted in 2017 of aggravated sexual battery and aggravated criminal sodomy and sentenced to 15 years and seven months in prison.

At his jury trial, four former patients at the Dwight D. Eisenhower Department of Veterans Affairs Medical Center testified that Wisner had groped and molested them while giving them physical exams.

Dozens of lawsuits filed by his victims alleged the U.S. government, which operates the VA hospital, knew or should have known that Wisner was a danger to patients, had a history of providing improper medical care and had previously victimized patients.

One of those lawsuits said Wisner had been convicted of a sex-related crime in 1987 and had been reported for sexually inappropriate conduct by a Kansas nurse in 1999. It also said he was the subject of complaints by VA patients in 2011, 2012 and 2014.
read it here
Posted by Kathie Costos at 7:46 PM