The results show an increase in suicide rates among soldiers during the Vietnam War and the recent wars in Iraq and Afghanistan, but decreases during the U.S. Civil War, Spanish-American War, World War I, World War II and the Korean War.

Contrary to public assumptions, increased combat operations do not lead to more military suicides and may actually result in fewer troops engaging in self-harm, according to a new analysis of historic Defense Department data released Friday.

Study authors say their findings provide both a reminder that the motivations behind suicide aren’t singular, simple factors, and an alert to other researchers that more data on the problem is available than they may know about.

The study tracks Army suicide data from the 1840s to today. Dr. Christopher Frueh, a professor of psychology at the University of Hawaii and one of the study’s authors, said researchers spent the last four years combing through Army medical records to find the information.

“Before we started, we didn’t know if the data would be there,” he said.

What they found was a trove of reports, including from the Army Surgeon General as far back as 1843 that included accounting of “self-inflicted” deaths in the ranks. By the early 1900s, those suicides were clearly delineated in official service figures, allowing researchers to analyze the death totals across different eras of military operations.
read it here 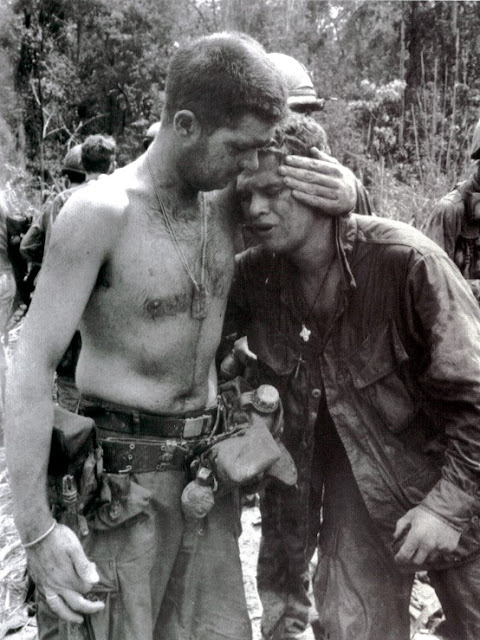 Posted by Kathie Costos at 5:53 PM