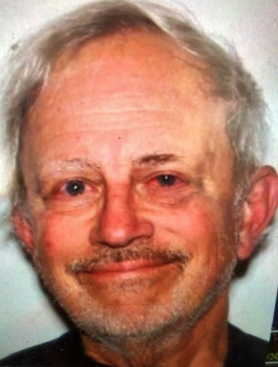 According to police, his daughter said that Ford was last seen overnight on Nov. 29, between the hours of 9 p.m. and 8 a.m. He left his residence while his daughter, Catherine Ford, was sleeping.

“It’s unreal. Every hour that goes by, I keep realizing that he’s still gone. I don’t have anyone to take care of right now,” Catherine said.

He was reportedly last seen wearing dark-colored shorts, a dark-colored shirt, and an unknown color jacket. Police say he has a small beard, hazel eyes, weighs about 160 pounds, and is about five-feet, seven-inches tall. His daughter says her father walked out without shoes, phone, or ID.
read it here
Posted by Kathie Costos at 11:35 AM