Nebraska veteran comes out of coma in time for Christmas

OMAHA, Neb. — A Purple Heart veteran from Nebraska who suffered his second traumatic brain injury is making a miraculous recovery. 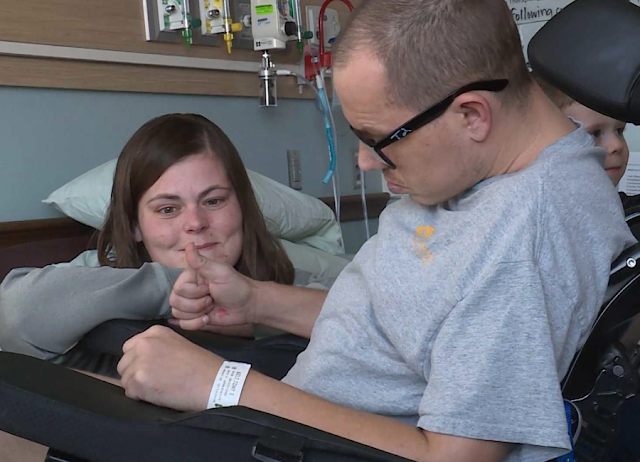 Tony Belt, who fell 18 feet in a work accident, woke up from a coma before Christmas and has been able to communicate by giving a thumbs up or down. WCMH/CNN

"The doctors told me he probably wasn’t going to make it to the weekend,” said Kyli Belt, Tony’s wife.

He survived that weekend, but doctors still said he would never wake up.

Tony is a fighter. He spent eight years in the Army, deployed in Iraq and Afghanistan. In 2006, he was shot in the head, an incident that ended his military career and sent him home with a Purple Heart. read it here

Posted by Kathie Costos at 7:56 PM