The shipyard commander, Capt. Greg Burton, said in a statement, "No words will convey the full measure of sorrow from today’s tragedy. This loss will be felt throughout our shipyard ‘Ohana, greater shipyard and NAVSEA family, submarine force, and the Navy as a whole."


A 22-year-old active-duty sailor opened fire on three civilian employees, killing two, before he fatally shot himself at the Pearl Harbor Naval Shipyard near Honolulu on Wednesday, officials said. 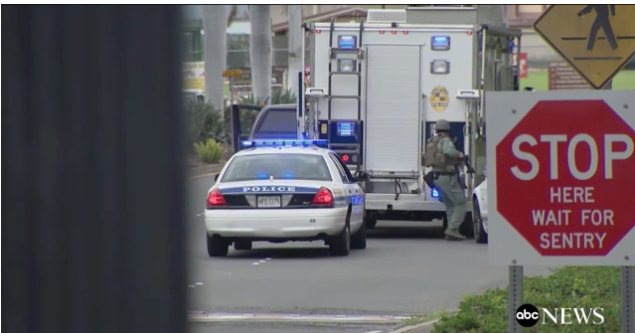 The suspected shooter was identified as 22-year-old G. Romero. He opened fire on shipyard personnel with his M4 service rifle and then used his M9 service pistol to shoot himself, officials said.
read it here
Posted by Kathie Costos at 4:13 PM