“There are many routes to recovery, Dr. Troiani says, there’ not one golden brick road” to help people recover from PTSD. 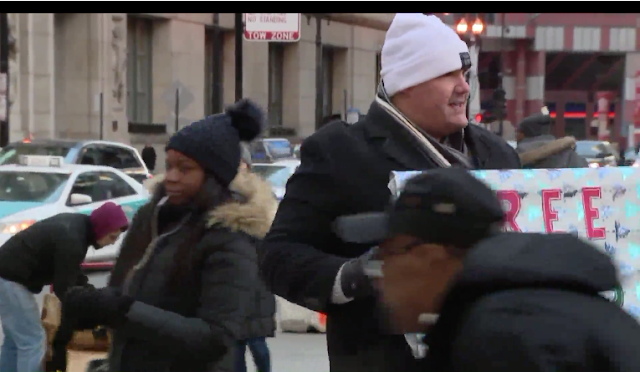 Kevin Milligan is 6’6”, has a massive wingspan and a giant smile. He’s also a great hugger.

Kevin is a former Army Ranger who was diagnosed with Post-Traumatic Stress Disorder. He was in Kosovo and Afghanistan from 1998 to 2003. When he had to stay in Afghanistan longer than he planned, he says he felt like the whole world had fell out from under him. 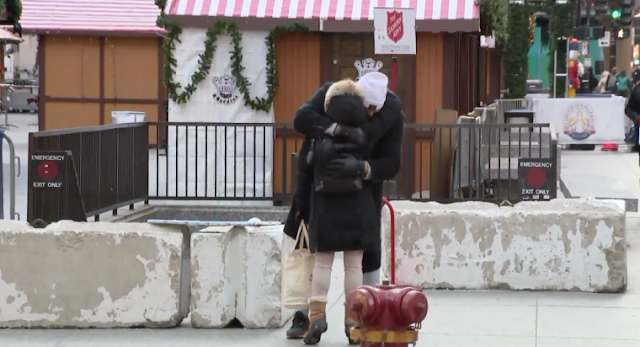 To help him heal, he started The Unconditional Hug. Studies have shown that people need eight hugs a day for maintenance and twelve for survival. They help ward off disease, reduce stress and just make us feel good.

Kevin stood on the corner of Washington and Clark for about an hour and a half, in ten-degree temperatures, and hugged as many people that would let him. We counted about twenty-five to thirty.

Dr. Joseph Trioani is an Associate Professor of Psychology at Adler University in the Loop. He’s a retired Navy Commander and the founder of The Military Psychology Program. He trains other clinical psychologists to treat veterans with PTSD.
read it here
Posted by Kathie Costos at 12:35 PM