The mission back to Vietnam was designed to help veterans who are still struggling with some level of post-traumatic stress disorder. The hope is that they’ll reach closure by seeing the place of their greatest trauma in a different light. 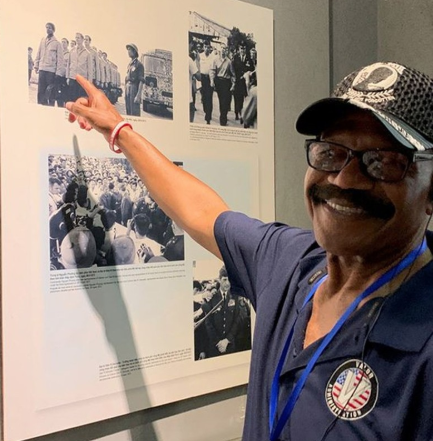 When retired Lt. Col. James W. Williams returned to Southeast Asia this past fall, to the site of the worst 313 days of his life, the last thing he expected to find was himself.

For a period spanning 1972-1973, Williams, a former U.S. Air Force pilot, was a prisoner at the infamous Hanoi Hilton.

As he walked through what’s left of the prison, now a propaganda-filled museum, someone stopped him in his tracks and pointed at a photograph on the wall.

Tall. Handsome. Full afro. The only black soldier, he was leading a line of POWS, the last to leave, out of Vietnam.
read it here
Posted by Kathie Costos at 9:39 AM