BOOTHBAY, Maine — As more than 100 people gathered for a New Year’s Day breakfast at the American Legion Hall, two veterans and Legion members used the event to introduce a new project to help find shelter for homeless veterans. 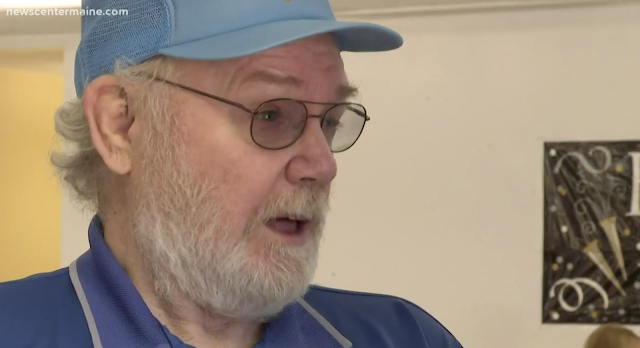 It’s a converted cargo trailer, called Veterans Emergency Temporary Shelter -- VETS for short. It’s the design of Vietnam combat veteran Ed Harmon, built by him and fellow Legion member Arthur Richardson, an Air Force vet. Harmon says the trailer is insulated, has heat, lights, microwave, refrigerator, and even a commode. In short, he says, a comfortable and safe temporary place for homeless veterans to live until more permanent housing can be found.

“It’s a temporary solution, and that’s what we need is that temporary time, so people can work on finding a space for veterans to be housed. Harmon says he got the idea after being part of a statewide committee meeting on the problem of homeless vets. Legion Member John Hargraves was also part of that meeting and said there is no question of the need for temporary housing help.

“Basically, at any point in time in Maine there’s a least ten homeless vets in the system who have applied through agencies who don’t have a bed,” Hargraves says.
read it here
Posted by Kathie Costos at 3:20 PM