Cleveland EMS workers suffer trauma, too — so why won’t city help its helpers?


Chuck followed them, fighting the tears building in his eyes. Then it was on to the next call. 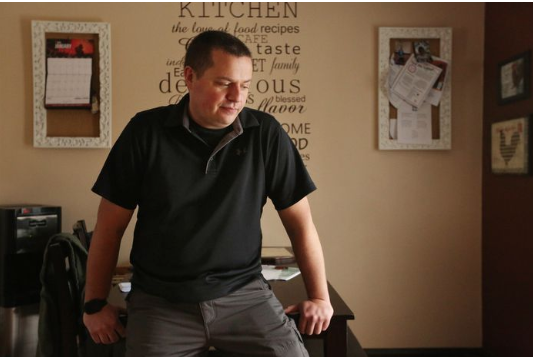 CLEVELAND, Ohio — When the call came in, paramedic Chuck Cali and his partner hoped it was a mistake, or some feeble attempt to get the fire department there faster: “Neighbors report there’s a man on fire walking down the street.”

Then they turned a corner.

He was just standing there, not waving his hands or yelling. All his hair had been burned away. So had his clothes. Naked and still smoldering, everything that had made him recognizable was gone. Everything but his wide eyes.

As he spoke, part of his lip broke and flaked off.

The 23-year-old had suffered more burns than the decorated Cleveland paramedic had seen on some cadavers, and yet here he was, talking to them.

He wouldn’t tell them who had tied him up and set him on fire. If he told, they’d promised to do the same to everyone in his family.

“Not now,” Chuck answered. “We need to get you to the hospital.”

A doctor took one look at him and declared him dead. “He’s still talking, sir,” Chuck replied. Three nurses left the room, crying.

Chuck followed them, fighting the tears building in his eyes. Then it was on to the next call.

There was no time to decompress, to make sure their heads were clear enough to treat the next critical patient.
read it here
Posted by Kathie Costos at 9:17 AM