"For me, it was just about trying to turn the pain into purpose" after wife died serving near burn pits


"For me, it was just about trying to turn the pain into purpose. When you think about ... what the military's done for us as a country, and then we're not taking care of our soldiers and our veterans the way we should, I think for us it's about raising awareness about how we can continue to help these veterans and to give back." Brian Muller


WOODBURY, Minn. — When Minnesota Air National Guard veteran and Woodbury resident Amie Muller died in 2017 after battling pancreatic cancer, her loved ones set out to carry on her legacy. 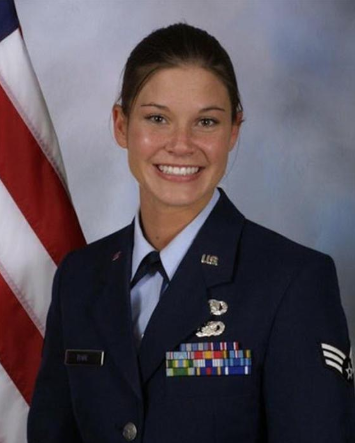 Amie Muller, 36, was diagnosed with pancreatic cancer in 2016 and died nine months later. Muller, who served two tours in Iraq, believed her cancer was caused by living next to a massive burn pit while stationed in Balad. Courtesy of Brian Muller

The resulting Amie Muller Foundation was formed to provide financial assistance to military families fighting pancreatic cancer. The foundation will host its second annual Family Fun Day fundraiser Sunday, Jan. 26, at Nickelodeon Universe at the Mall of America in Bloomington. One of two yearly fundraisers the foundation holds, Family Fun Day was started as tribute to Muller's love of family and as a way to include the children — hers, and those of her family and friends — she loved so much.

"Amie was very family-focused, and her kids were everything to her," said Julie Tomaska, Muller's best friend and fellow Minnesota Air National Guard veteran. Muller and Tomaska were in the same unit and did two tours in Iraq together in 2005 and 2007.

Amie Muller and Tomaska had been stationed at Balad Air Base near a giant open-air burn pit. Inside the pit was anything from Styrofoam to plastics and even human body parts, burning 24 hours a day in a fire stoked by jet fuel, the Star Tribune reported in 2016. The burn pit was just one of many used by the U.S. military throughout Iraq and Afghanistan.

Tomaska and Muller's husband, Brian, started planning the foundation shortly after Amie's death. Every couple of months, the foundation's leadership combs through the GoFundMe site in search of military families affected by a pancreatic cancer diagnosis, providing $2,500 to $5,000 in financial aid to each family.


Nearly 200,000 veterans have signed up for the VA's Airborne Hazards and Open Burn Pit Registry. read it here

Posted by Kathie Costos at 8:57 AM