In all, Robert Howard fought in Vietnam for 54 months, where he was wounded 14 times. For eight of those wounds, he received a Purple Heart. He also earned the Distinguished Service Cross, a Silver Star, and four Bronze Stars. When he retired, he was the most decorated soldier in the Army and was the most decorated of the entire Vietnam War. He remains the only soldier to be nominated for the Medal of Honor three times for three separate actions, all in a 13-month span. 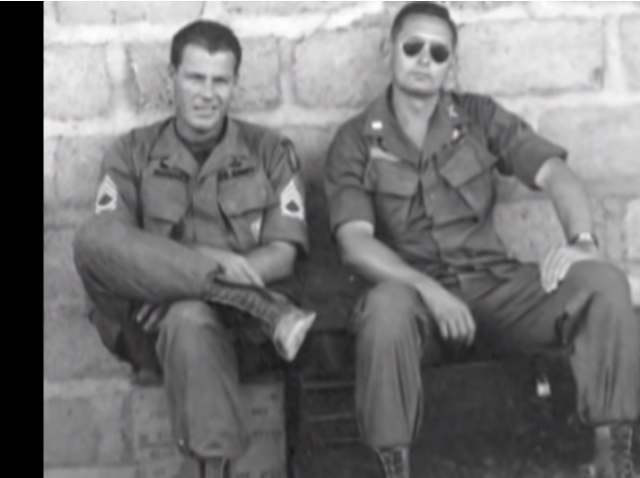 On Dec. 30, 1968, Robert Howard was the platoon sergeant for a joint unit of U.S. Army Special Forces and South Vietnamese forces. Their mission was to rescue soldiers who were missing in action behind enemy lines. As they moved out onto their objective, they were attacked by what had to be two companies of enemy troops. 1st. Lt. Howard was wounded by an enemy grenade almost immediately. He lost his weapon to the explosion, and his platoon leader was down.

His luck only got worse from there.

This is how Robert Howard earned his Medal of Honor. It was one of three for which he was nominated. The men who fought with him fervently believed he deserved all three. The battle for which he received the nation's highest military honor was one hell of a slugfest. At Kon Tum, South Vietnam, that day in 1968, things went awry from the get-go.

"We took casualties on the insert," Howard said. "I finally got with the platoon leader and said we need to secure this LZ... I got three men behind me, I remember being fired at and I fell backward and they killed three men behind me."

One of the helicopters had even been shot down with troops still aboard it. The platoon began taking fire from the flanks, and Howard knew he had to tell his lieutenant the landing zone was hotter than they thought. Just as he got close to his officer, however, the unit was ambushed.

"When I come to, I was blown up in a crump on the ground," Howard recalled. "My weapon was blown out of may hand, I remember seeing red, and saying a prayer hoping I wasn't blind. I couldn't see and I was in a lot of pain."
read it here

Posted by Kathie Costos at 9:36 AM