More than 2,800 chaplains across the U.S. military, not enough to serve those who serve


"Less than 1% of American youth actually have somebody in their immediate family who has served at any time in their lives." Lernes Hebert, Deputy Assistant Defense Secretary for Military Personnel


With more than 2,800 chaplains across the U.S. military, representing dozens of faith groups, maintaining adequate manning is a challenge. Those challenges are not unique, however, in that they match those faced by recruiters for other officers and enlisted personnel as well. 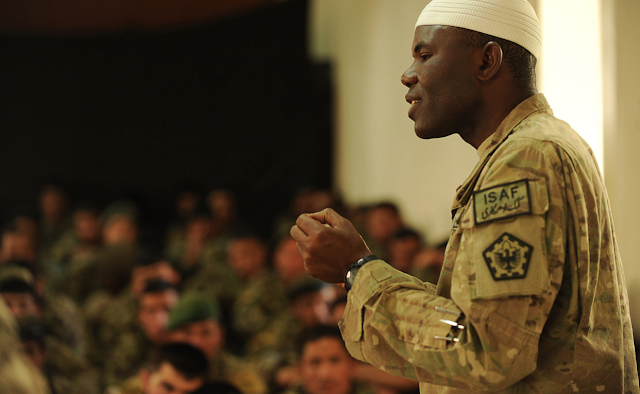 During the annual Armed Forces Chaplains Board endorsers conference today at the Pentagon, Lernes Hebert, the deputy assistant defense secretary for military personnel policy, spoke with chaplains and chaplain endorsers. He addressed the complexity of recruiting chaplains from a population of Americans that are today more unfamiliar with the military than they have ever been in the past.

"Somehow you have to communicate to an American population who is getting further and further removed from its military," Lernes told endorsers, who are the civilian representatives of faith groups responsible for helping chaplains into the military.

Posted by Kathie Costos at 9:09 AM