Their Son’s Heart Saved His Life. So He Rode 1,426 Miles to Meet Them.

What she did not yet know was the way those heavy words would ripple outward like a stone dropping into a still pond: allowing a man to return to work, a veteran to get his health back, and an ailing cyclist to get back on his bike. And how those little waves would slowly smooth out the edges of her own grief. 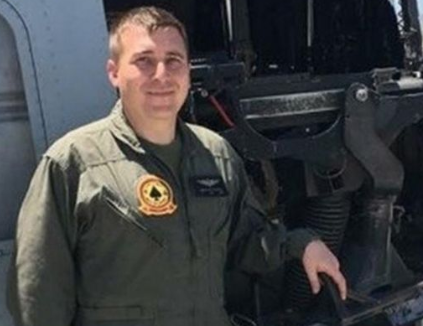 It took several drafts to get the letters right. To capture her boy who, just a few short months before, had been so full of life, energy, and love. To distill him into the two dimensionality of words on paper.

Three weeks earlier, the thread that held Christine Cheers’s world together had been ripped clean away, sending her whole life spinning like an off-balance top. On Wednesday, February 21, 2018, someone on the other end of the phone had said the words that bring any parent to their knees: “There’s been an accident.”

Her son, 32-year-old Navy flight surgeon James Mazzuchelli had been injured in a helicopter training mission at Camp Pendleton. If she wanted to see him while he was still alive, she needed to get on the next flight from Jacksonville, Florida, to San Diego—and she needed to pray.

James was still breathing when Christine and her husband, David, arrived at Scripps Memorial Hospital in La Jolla, California, the next morning. But it soon became clear that his condition would not improve. Machines were keeping him alive, and the doctors told Christine that what she was seeing was likely his future—that her scuba-diving, world-traveling, over-achiever of a son was never going to wake up.
read it here
Posted by Kathie Costos at 11:08 AM