Man With Knife Shot and Killed at Veterans Affairs Hospital in Dallas: Police

A man was shot and killed by Veterans Affairs officers at a hospital in Dallas Wednesday night, police said. 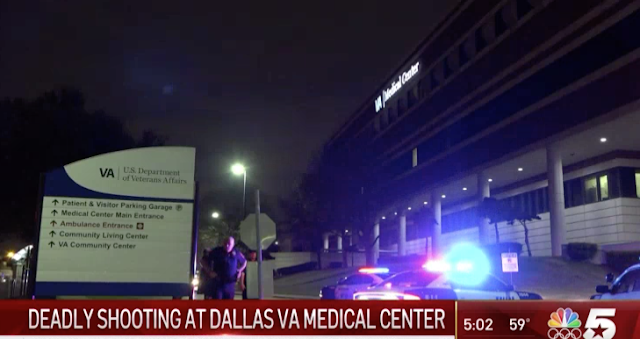 Police officers opened fire on the man who was armed with a knife at about 10:22 p.m. at the Veterans Affairs Hospital at 4500 S. Lancaster Road.

The man was at the hospital seeking psychiatric help, police said. At some point during the interaction, the man started to walk off and the VA officers followed him and tried to disarm him, according to the VA police. Their attempts to disarm him were unsuccessful and two officers opened fire, police said.
read it here
Posted by Kathie Costos at 8:01 AM