UK veteran trying to make a difference for 10 young children who have to live the rest of their lives without their dads.


Sean, who is from Wrexham, is speaking out about the impact working in the Army has had on him and why he is trying to make a difference to 10 young children who have to live the rest of their lives without their dads. 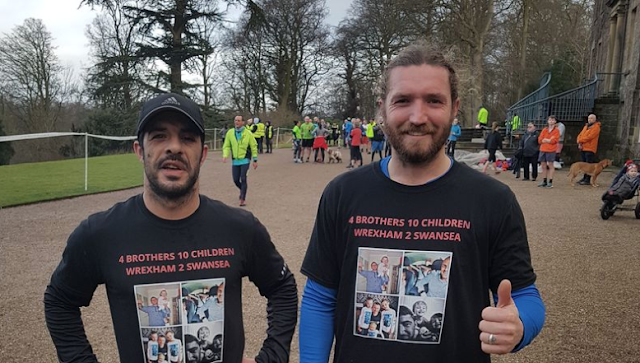 Sean Gregory and friend Lyndon Barton are raising money to make a difference to the lives of the children who've lost their fathers (Image: Sean Gregory)

A former soldier has described the heartache of losing four of his best friends, who were all servicemen, to suicide and tragic accidents - three of them in under a year.

Over the years he says he's known 20 soldiers, 19 of those men were from across Wales, who have died in tragic accidents or sadly taken their own lives after suffering post-traumatic stress disorder (PTSD).

And four of those men he describes as "brothers" to him. All of them leave behind young children.


The aim of this is to help pay for a holiday for the children of his friends who have passed away or "whatever they may need to bring a smile to their faces".
read it here

Posted by Kathie Costos at 4:46 PM