UPDATES on veterans with PTSD


An M577 armored personnel carrier was stolen from Fort Pickett, leading police on a 75-mile chase. 1st Lt. Joshua Yabut was charged with driving under the influence of drugs and eluding police in connection with the incident. 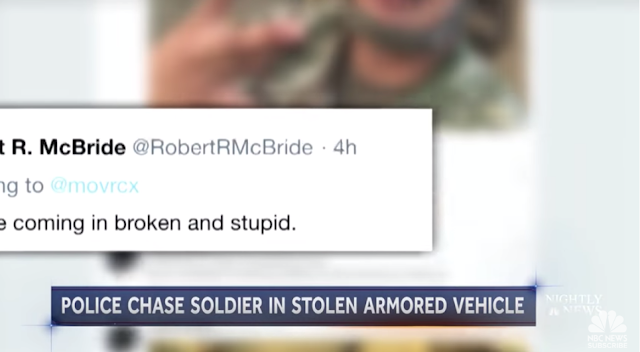 
The first lieutenant told psychologists after his arrest that he believed he had been given orders to carry out a “confidential mission,” Watrous told the court. Yabut believed that Fort Pickett military personnel and state police were “all part of the ruse,” the prosecutor said. Records showed Yabut has been diagnosed with bipolar disorder and post traumatic stress disorder. 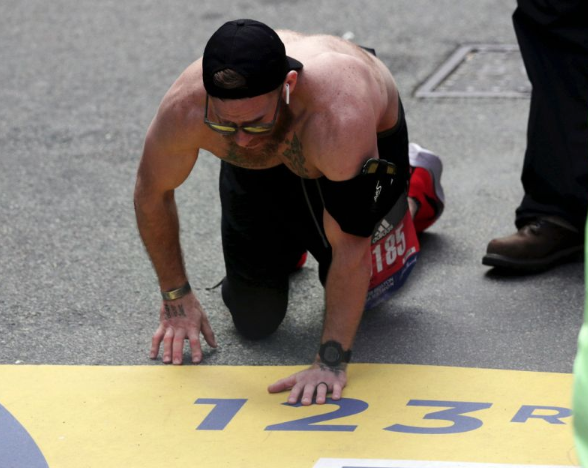 Micah Herndon, of Tallmadge, Ohio, crawls to the finish line in the 123rd Boston Marathon on Monday, April 15, 2019, in Boston. (AP Photo/Charles Krupa)

Running the Boston Marathon can be a punishing but uplifting experience. And now Micah Herndon can talk about that experience firsthand.

Herndon, an Ohio native, ran the marathon on Monday, but his body began to give out as he approached the finish. With just a few feet left, he fell to the ground, unable to get up.

But he didn’t give up. Herndon decided to crawl the final feet of the race, crossing the finish line on his hands and knees. 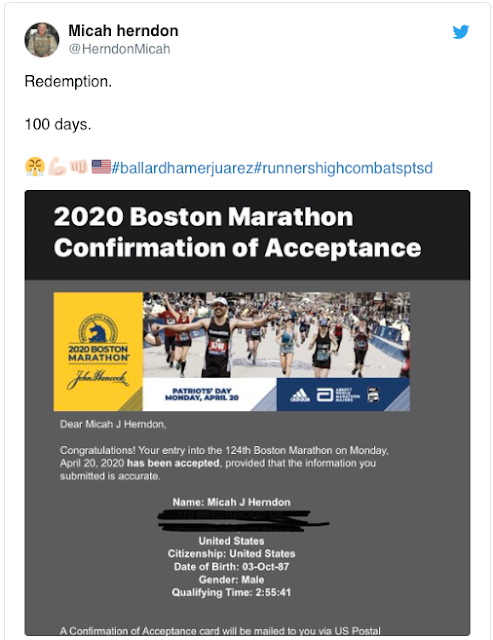 Micah Herndon’s body started to give out as he approached the finish line at the Boston Marathon last year, forcing him to crawl across the finish on his hands and knees.

Now, nearly one year later, the Marine veteran is ready to give it another go.

Herndon announced on Twitter on Friday that he will compete in the Boston Marathon on April 20th with a single word: ‘Redemption.’


Herndon was injured during an improvised explosive device attack during his tour in Afghanistan in 2010. He runs now to help cope with post-traumatic stress disorder from his time in Afghanistan, and to honor two of his best friends, Mark Juarez and Matthew Ballard, and British journalist Rupert Hamer, who all died in the attack.