Vietnam Veterans Memorial to include those who died from Agent Orange....and PTSD

Memorial a fitting tribute for all Vietnam War veterans 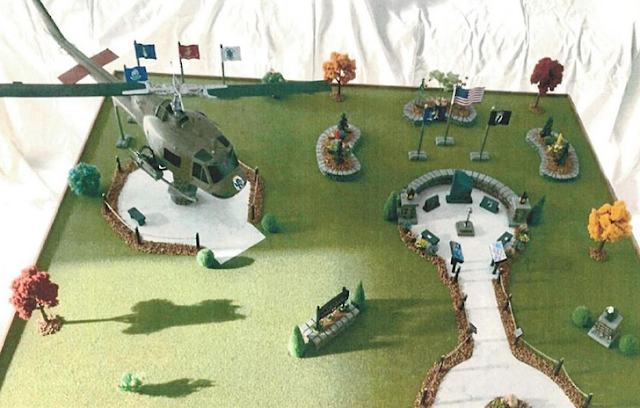 It is fitting that we honor our Vietnam War veterans whenever possible. Those who remember the turbulent times of that war will recall the general lack of respect shown our returning soldiers by a country that was deeply divided.

The Vietnam War claimed more than 58,000 American service members and wounded more than 150,000. Even those numbers pale when compared to the more than 300,000 who later died as a result of Agent Orange and those who suffer other last lasting effects from that war by way of Post Traumatic Stress Disorder (PTSD).

But instead of the parades and accolades that greeted returning veterans of World War II, many who returned from Vietnam were met with hostility.

“We were spit on,” said Vietnam veteran Jerry Miller of Camden, who attended last May’s Memorial Day dedication ceremony, saying that it was about time Vietnam veterans were remembered in an appropriate way.

Memorials like the one in Rome can help with the healing. It’s a project that was undertaken by The Vietnam Veterans Memorial Fund Inc., said Rick Falcone, one of the original six veterans who initiated the effort more than 20 years ago. They raised between $130,000 and $140,000 to complete Phase 1, and figure it’ll cost nearly $100,000 for Phase 2.

Falcone says they have about $35,000 for Phase 2 so far, and hope to ramp up fundraising efforts and begin work in the spring. It will include a stone remembering the 300,000 victims of Agent Orange as well as a stone honoring the women who served in Vietnam. Centerpiece for the display will be a restored Vietnam era UH-1 Huey helicopter. Five flagpoles displaying military service flags will surround the helicopter.
read it here
Posted by Kathie Costos at 5:38 PM